Beyoncé Talks About Accepting the Way Her Body Wanted to Be

We can all relax now: even Beyoncé knows that having a so-called perfect body, especially post-pregnancy, is too much to ask. In her new cover story for Vogue, Beyoncé spoke about how her body has changed over the past few years — and why it’s OK that she still has a little “mommy pouch” and “FUPA.”

“After the birth of my first child, I believed in the things society said about how my body should look,” she said in the as-told-to interview, noting that she put pressure on herself to lose the baby weight in just three months after having her daughter Blue Ivy. For her second pregnancy, with twins Rumi and Sir, she was more forgiving of herself — especially after undergoing an emergency C-section.

“During my recovery, I gave myself self-love and self-care, and I embraced being curvier. I accepted what my body wanted to be,” she said. “To this day my arms, shoulders, breasts, and thighs are fuller. I have a little mommy pouch, and I’m in no rush to get rid of it. I think it’s real.”

Of course, Beyoncé is Beyoncé, so she’s not entirely giving up on her future chiseled abs: “Whenever I’m ready to get a six-pack, I will go into beast zone and work my a– off until I have it,” she said. “But right now, my little FUPA and I feel like we are meant to be.” (A FUPA is a full lower belly or upper pelvic area.)

In another section of her story, Beyoncé further pulled back the curtain: “I’ve been through hell and back, and I’m grateful for every scar,” she said. “I look at the woman I was in my 20s and I see a young lady growing into confidence but intent on pleasing everyone around her. I now feel so much more beautiful, so much sexier, so much more interesting. And so much more powerful.”

Beyoncé and Jay-Z have been blessing audiences with their On The Run II Tour this summer, with upcoming shows across the U.S.

Read the full Beyonce interview below. 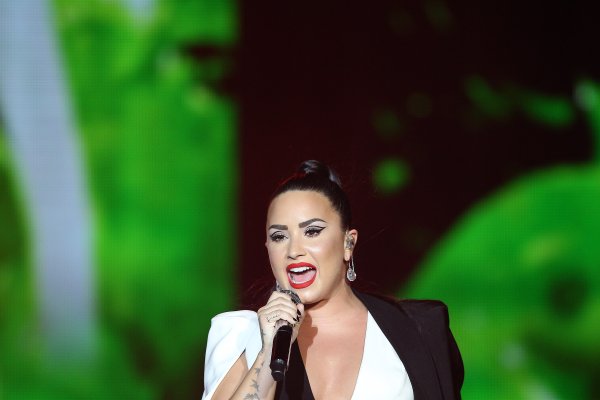 Demi Lovato Posts Statement on Addiction
Next Up: Editor's Pick