Hurricane Hector is gaining strength as it barrels through the Pacific — and could make landfall in Hawaii by the middle of the week.

The hurricane, which was upgraded to a Category 4 storm late Sunday night by the National Hurricane Center (NHC), is carrying sustained winds of up to 140 miles per hour, with hurricane force winds extending 30 miles from its center.

Hurricane Hector is currently 1,130 miles southeast of Big Island and moving west, according to the NHC’s latest advisory. The storm could make a direct hit near Hawaii’s Kilauea volcano, which has been spewing lava and molten rock since it erupted May 3.

Meterologist James Spann said on Twitter that it was “too soon to determine what kind of impacts might occur in the state, since track errors can be large at long time ranges.”

Forecasters say it is still too soon to say whether Hurricane Hector will touch down in Hawaii since the storm is still fluctuating and will likely weaken by Wednesday.

The Hawaii Coast Guard has set a port condition of “WHISKEY” due to the impending storm, during which time commercial traffic and transfer operations are allowed to continue. 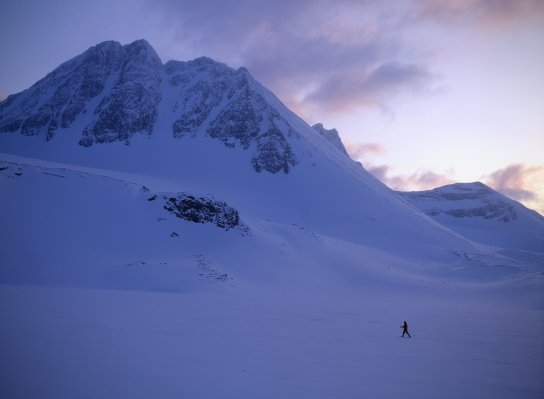 Sweden's Highest Peak Melted in Heatwave
Next Up: Editor's Pick