Health officials are still working to determine the pathogen behind a possible food-borne illness outbreak at a Chipotle restaurant in Ohio.

Nearly 700 people have contacted the Delaware County General Health District regarding the potential outbreak, and numerous people have reported symptoms such as vomiting, nausea, diarrhea and fever on the website IWasPoisoned.com after claiming to have eaten at one of the chain’s locations in Powell, north of Columbus.

But stool samples have so far tested negative for the “big four” pathogens — salmonella, shigella, norovirus and E. coli — usually behind such outbreaks, says Traci Whittaker, a public information officer for the DGHD.

“We’re not sure yet of the force of the pathogen that caused this,” Whittaker tells TIME, adding that the investigation is still in the preliminary stages. “Sometimes you never find out.”

“Disease detectives” are running additional stool tests, Whittaker says, as some pathogens can continue to grow over time. Some customers have also submitted food leftovers from the restaurant for testing, she says. Results from those samples may be ready next week.

Food samples are being tested for Bacillus cereus and Clostridium perfringens, two strains of bacteria that can cause gastrointestinal illness, according to a DGHD statement released Thursday.

Whittaker says roughly half of DGHD’s staff of 80 is focused on learning more about the possible outbreak. So far, staffers have interviewed 480 of the 683 people who have contacted the department regarding food-borne illness, she says.

While the investigation continues, DGHD is urging individuals to contact their local health departments if they develop symptoms consistent with food-borne illness, such as vomiting, nausea, diarrhea, cramps and fever.

“Our protocols identified a handful of illness reports at one restaurant in Powell, OH on Monday. We acted quickly and closed this single restaurant out of an abundance of caution,” a Chipotle spokesperson said in a statement. “We worked with local health officials to reopen this restaurant the following day, Tuesday. The health and safety of our customers and employees is our number one priority. We have been working with local officials to investigate and will continue to do so.”

Chipotle has made efforts to improve its food safety practices in recent years, following a string of illness outbreaks associated with the chain. In 2015, more than 120 people were sickened with norovirus after eating at a Boston Chipotle. The same year, the chain also weathered multiple E. coli outbreaks. 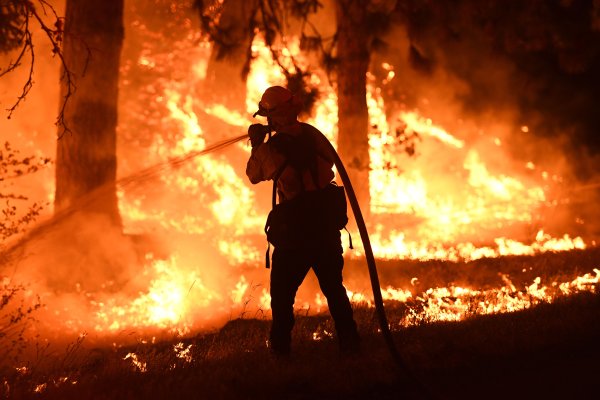 Firefighters From Australia and New Zealand Are Coming to Help Battle California's Wildfires
Next Up: Editor's Pick