A Chinese Professor Was Interrupted by Police During a Live Television Interview. He's Been Silent Ever Since

A Chinese professor and outspoken Beijing critic appears to have gone missing after police broke into his home and abruptly ended his interview with U.S.-backed radio broadcaster Voice of America earlier this week.

Wenguang Sun, 84, was speaking by phone to VOA’s Mandarin language service Wednesday night when police entered his home in Jinan, Shandong province and forced him off air.

“I am entitled to express my opinion. This is my freedom of speech,” he is heard saying just before the line cut off, according to VOA.

Sun has not responded to VOA’s attempts to contact him since the truncated interview. Sources in Shandong not identified by the broadcaster said Sun was being held in a military-run hotel.

A retired physics professor, Sun has long history of running into trouble with the authorities over his criticism of China’s communist party.

During the Cultural Revolution, Sun was detained twice for “counterrevolutionary speech,” according to Human Rights Watch, which granted him a free speech award in 2012. While he was en route to a 2009 memorial for Zhao Ziyang, a leader who was dismissed after supporting Tiananmen Square protests, Sun was assaulted so severely that four of his ribs were broken.

More recently, Sun has taken aim at China’s development projects abroad, criticizing the vast wealth showered overseas when many Chinese remain poor. His opprobrium is seen as an attack on Xi Jinping’s signature “Belt and Road” initiative linking Eurasia and China through infrastructure and trade projects.

Just before his interview ended Wednesday, Sun said “throwing money around like this is of no benefit to our country and society,” according to the Associated Press’ translation.

On Thursday, U.S. Rep. Chris Smith, the co-chair of the Congressional Executive Committee on China, called Sun’s disappearance “an apparent attempt to chill an open exchange of ideas and opinions.”

“The Chinese and American people must continue to work toward a day when someone like Prof. Sun can openly share his opinions, via a free press, without fear of reprisal,” he said in a statement. 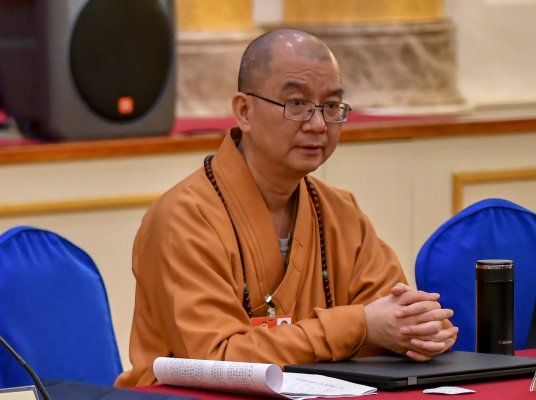 Powerful Buddhist Monk Accused of Sexual Misconduct in China
Next Up: Editor's Pick