Myanmar Struggles to Cope in the Aftermath of Catastrophic Floods

Residents hold onto a child as they walk through floodwaters in the Bago region, some 68 km away from Yangon, on July 29, 2018.
YE AUNG THU—AFP/Getty Images
By Aung Kaung Myat

Large areas of Myanmar are struggling to cope in the aftermath of heavy monsoon floods that have killed at least 16 people, including 3 soldiers involved in rescue operations.

According to the latest figures, more than 140,000 people in several states of the southeast Asian nation have been displaced and forced to seek shelter in one of 263 makeshift camps set up by the country’s National Natural Disaster Management Committee.

Thousands of acres of farmland have been destroyed in low-lying, flood-hit areas.

“All the grain in the barns has gone,” farmer Saw Lay Nge told TIME, with his village still surrounded by floodwaters. “The paddy fields are submerged.” He said that rescue teams had yet to reach his community.

Several charity organizations and civil societies are engaged in rescue efforts but are having trouble penetrating remote regions. In a social media post, the Karen Environmental and Social Action Network said that communities in Karen State were suffering from a lack of shelter and a shortage of food supplies.

Phyu Lei Lei Htun, director at the Myanmar’s Department of Disaster Management, told TIME that the country had been seeing more frequent flooding since 2015, when 181 people died in floods that hit almost the entire country.

“In the past, floods occurred regularly but not as badly as they have this year. This year, it’s record-breaking.”

He also expressed concern over state-sanctioned plans by Chinese enterprises to build hydroelectric dams along the Salween River. Such projects have been in the spotlight since last month’s dam collapse in neighboring Laos, killing at least 26 people and leaving thousands homeless, with scores still missing. 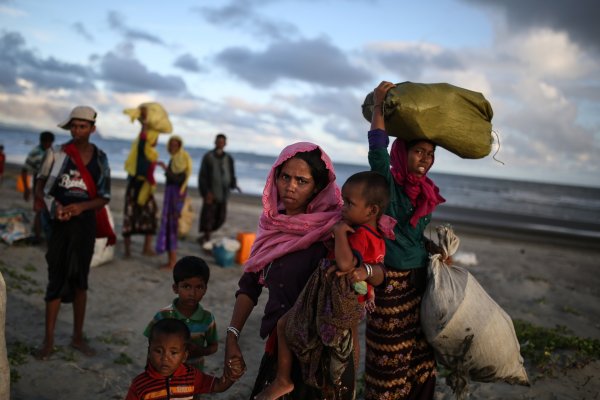 Myanmar's Attacks on Rohingya Were Premeditated, Report Says
Next Up: Editor's Pick