Apparently Prince Harry's Sweet Ride Can Now Be Yours

A car believed to be owned by Prince Harry, the Duke of Sussex, is now on the market to the tune of over $93,000.

The Audi RS6 model, which the Duke was seen driving to Pippa Middelton’s evening wedding reception with Meghan Markle, the Duchess of Sussex, is currently listed at $93, 672.83 on Auto Trader after it was acquired by Derbyshire car dealership Overton Prestige. The car is also listed as having one owner, with just 4,464 miles on the vehicle.

According to the BBC, Auto Trader editorial director Erin Baker speculated that the Prince’s relative haste in selling his car might speak to his plans for the future with the Duchess.

“17 reg and low mileage, so it begs the questions why is the prince selling so soon?” Baker said. “Maybe he’s on the market for a bigger family car.”

Overton Prestige could not confirm the Prince’s ownership of the vehicle “due to data protection,” but shared that they were “completely satisfied that this car was used personally by Prince Harry over the course of the last year.” 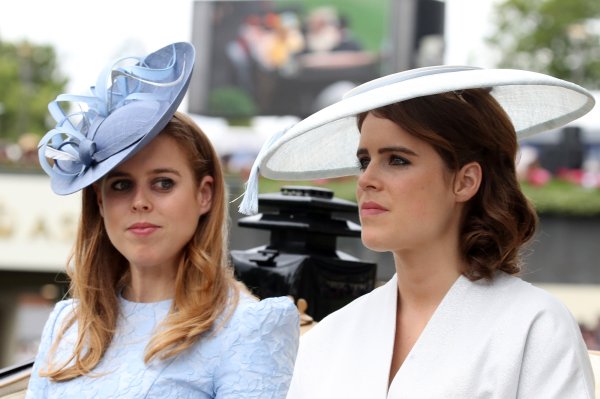 Princess Eugenie Discusses How She Doesn't Let the Plastic-Free Wedding Stress Get to Her
Next Up: Editor's Pick