Spotify Technology SA removed some podcasts of “The Alex Jones Show” from its service because they violated the streaming company’s hate-speech policies and subscribers complained about the content.

The online music company, which relies on subscription revenue from its customers, didn’t say how many episodes were pulled. Facebook and YouTube have also taken down some Jones programs for similar reasons.

“Spotify can confirm it has removed specific episodes of ‘The Alex Jones Show’ podcast for violating our hate content policy,” the Stockholm-based company said in a statement. “We take reports of hate content seriously and review any podcast episode or song that is flagged by our community.”

Jones is a radio host and conspiracy theorist who runs the website Infowars.com. He has insisted that the 2012 Sandy Hook school shooting was a hoax and is facing litigation from the families of the victims. The website Recode reported on Spotify’s action earlier Wednesday.

Content that expressly and principally promotes, advocates, or incites hatred or violence against a group or individual based on race, religion, gender identity or sex among other characteristics, is regarded as hate content, Spotify says on its website.

“We are also continuing to develop and implement content monitoring technology which identifies content on our service that has been flagged as hate content on specific international registers,” the company said.

In June, Spotify rescinded a shortlived policy that punished artists for misconduct after facing pressure from irate musicians and record labels. 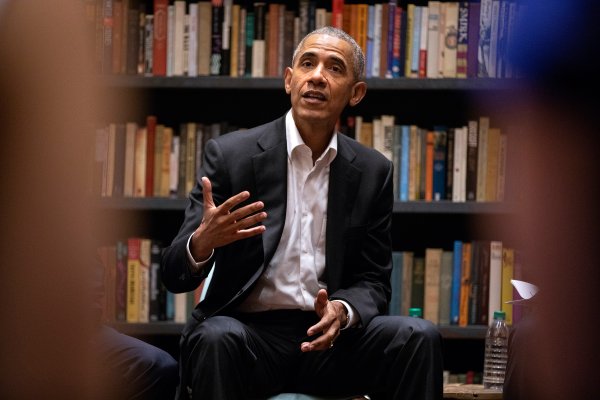 President Obama Mostly Plays it Safe With His First Midterm Endorsements
Next Up: Editor's Pick