Former President Barack Obama made a rare post-presidency foray into the political arena Wednesday, releasing the first list of candidates he is planning on supporting in November’s midterm elections.

The list includes 81 candidates across 14 states running in both federal and state elections. Over half of the candidates who received endorsements are women, and over a quarter are non-white. Many also have ties to Obama; 20 worked in his administration or for his campaigns.

“I’m proud to endorse such a wide and impressive array of Democratic candidates — leaders as diverse, patriotic, and big-hearted as the America they’re running to represent,” Obama said in a statement. “I’m confident that, together, they’ll strengthen this country we love by restoring opportunity that’s broadly shared, repairing our alliances and standing in the world, and upholding our fundamental commitment to justice, fairness, responsibility, and the rule of law.”

When asked how Obama made his selections, an Obama aide told TIME that the candidates had been chosen in a way that would “make the most of [Obama’s] time and voice,” and emphasized the importance of selecting Obama alumni and ensuring diversity. Obama’s office said in a separate statement that the former President will campaign throughout the fall and will issue a second wave of endorsements before the midterms.

Since he left office over a year and a half ago, Obama has only dabbled in the political arena, following a precedent set by other modern ex-Presidents. He’s attended a handful of Democratic fundraisers, and while he’s endorsed several candidates, he has only ventured onto the campaign trail to stump for two: New Jersey Governor Phil Murphy and Virginia Governor Ralph Northam. (Obama also recorded a robocall for Alabama Senator Doug Jones during Jones’ campaign in December.)

Wednesday’s announcement signals Obama is ready to jump back into campaigning. But his choice of endorsements, even if arguably representative of the diversity among Democratic candidates, is still relatively conservative in regards to the future of the party as a whole. Obama did not endorse anyone facing contested primaries, and all of candidates he endorsed are in states that have already held their primaries, with the exception of New York, which is holding its statewide primaries in September. But even in that instance, Obama declined to weigh in on the high-profile gubernatorial race, in which Sex and the City actress Cynthia Nixon is challenging Governor Andrew Cuomo, or the Attorney General race, in which several candidates are vying for the nomination. He only endorsed Antonio Delgado, a Congressional candidate who already won his primary, and Anna Kaplan, a New York State Senate candidate whose primary opponent dropped out in July.

Also absent from the list is Alexandria Ocasio-Cortez, the 28-year-old Democratic Socialist who shocked the country in June by defeating Congressman Joe Crowley — the party caucus chairman who was considered a strong contender to challenge House Minority Leader Nancy Pelosi — in a Democratic primary. Her victory has been widely seen as a sign that some Democrats want the party to move more to the left to challenge President Donald Trump and Trump-aligned Republicans more broadly.

Obama could always include Ocasio-Cortez, whose campaign did not immediately return TIME’s request for comment, in his second wave of endorsements. The Obama aide said the former President has received many requests for endorsements, and his team is releasing names in waves because they are still going through the list of potential candidates.

Neil Sroka, communications director for the progressive group Democracy for America — which endorsed Ocasio-Cortez before she defeated Crowley — said Obama not including Ocasio-Cortez on his first list was a “missed opportunity.” An endorsement, he says, “would have shown former President Obama recognizing the leadership she already has in the party,” he said.

But Sroka also applauded Obama for declining to issue endorsements in contested primaries, a move that could influence the vote. “One of the major mistakes Democrats have made in primary campaigns is making endorsements before [the primary],” he says. “It’s good to see President Obama understand that, especially when it comes to 2018 primaries, it’s very important that grassroots-based voters have their voice heard.” 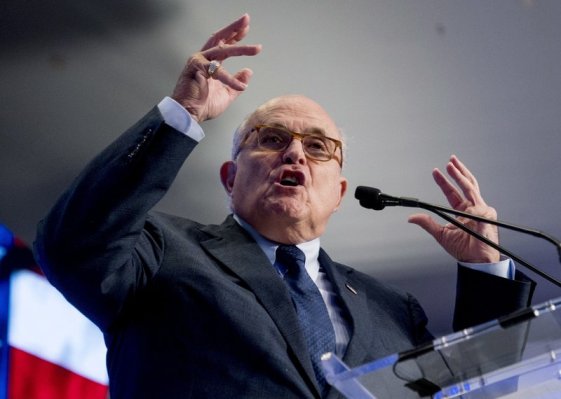 Trump’s Team Keeps Using Mafia-Inspired Language — to Defend Itself
Next Up: Editor's Pick