McDonald’s has issued an apology after a Canadian woman said she was served cleaning solution instead of a latte by an Alberta outpost of the fast food giant.

According to The Globe and Mail, Sarah Douglas, an Alberta woman pregnant with her third child, ordered a coffee from a McDonald’s drive-through but realized after one sip that something was off. Later, when she returned to the restaurant to complain, a staff member told her that cleaning lines had been hooked up to the latte machine.

“As a mother, I want to make sure I have voice and that I’m being heard in terms of the safety of consumers, and how (alleged) negligence can affect people in such a drastic way,” Douglas said. She has since contacted Alberta’s Health Services’ poison control.

A spokesperson released a statement about the incident on behalf of the McDonald’s franchisee, Dan Brown.

“What happened is that the machine was being cleaned — as it is every morning,” the statement read. “Unfortunately, the milk supply line was connected to the cleaning solution while this guest’s drink was made. We have taken immediate action to review the proper cleaning procedures with the team and have put additional signage up as an added reminder.”

McDonald’s also stated that a health inspector had visited the restaurant. 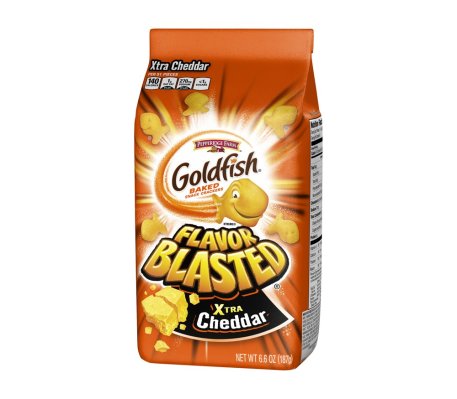 'No Snack Is Safe.' People Are Losing Their Crackers About the Ritz and Goldfish Recalls
Next Up: Editor's Pick