Women die giving life in South Sudan. If a woman does survive childbirth, her vagina — at least as God designed it — may not. Across South Sudan, 60,000 women are currently living with obstetric fistula, a horrible injury involving vaginal and rectal tearing that’s usually sustained during childbirth. That number is considered to be the tip of the iceberg, given the challenges of data collection in a war torn country where 81% of births are not attended by a midwife. The friend I made in a fistula ward at the public hospital in the war-ravaged town of Bentiu developed her fistula, which she lived with for seven years, during nine days of obstructed childbirth, as she labored at home.

Yet some women, with the help of the United Nations Population Fund, are safely delivering their babies and undergoing life changing fistula repair surgeries, in the middle of a complex humanitarian disaster.

I know this first hand, because I helped deliver a baby girl, proudly named Ashley, and I attended a fistula repair surgery in Bentiu.

In my capacity as Goodwill Ambassador for UNFPA, the United Nations sexual and reproductive health agency, I’ve already had some profound experiences in countries such as Jordan, Ukraine, India and Bangladesh. My recent visit to South Sudan was another heart opening and mind bending exploration of the low status of girls and women in parts of the world where gender-based violence is routine and maternal mortality is high. But if we prioritize these women’s well-being, simple and effective programs can change and save lives.

I spent a few days at the Protection of Civilians camp in Bentiu, home to almost 117,000 weary, traumatized souls who have been displaced by the war. Embedded within the UN Peacekeeping mission, I was able to visit the maternity clinic supported by UNFPA, where the night before, skilled midwives safely delivered 10 babies. As I sat with those new mothers and literally hundreds of pregnant women (98.3% of women of reproductive age in South Sudan are not using modern family planning methods), a very pregnant women wobbled in, her water having just broken. To my delight, she welcomed me during her labor, and the midwives made me delivery-ready by wrapping my hair with sterile gauze, putting an apron on me and double-gloving my hands. Participating in this breathtaking (and agonizing) primal rite, it was so clear how a few simple supplies and a trained midwife are utterly indispensable in saving vulnerable women’s lives. After I tied off the umbilical cord (under the expert supervision of the midwives) and presented my new friend with my now-namesake, I held her hand, kissed her forehead and wept.

The next day, after checking on little Ashley and mother one more time, I sat in a ward long with beds brimming with smiling young women. I never smiled as broadly as they did before surgery, but for these gals UNFPA was intervening in their lives in a way that is simply miraculous. Leaking urine and feces, ostracized from their families or even isolating themselves because of the shame of obstetric fistula, surgeons from Uganda and Nigeria flown in by UNFPA are giving these girls and women new lives, and their children healthier mothers who can now care for them. I also visited 190 midwife students at the Juba College of Nursing and Midwifery. When South Sudan became independent in 2011, there were only nine midwives in the country. UNFPA and its partners have now trained 600. This is a fantastic start, but it’s estimated that 6,000 midwives are needed to meet the basic needs of the country as a whole.

Safe childbirth and fistula repair are only part of UNFPA’s good work that I saw. At a safe space for girls and women within the camp, I heard harrowing tales from war widows and the very elderly about how hard life is, and how with psychosocial support, capacity building and skills training, their emotions and souls are healing. Simple material goods such as sandals, underwear, washable menstrual pads and flashlights (all items included in UNFPA’s Dignity Kits), make daily life safer and more manageable for them.

A drop-in center in the outskirts of Juba for child brides and girls at risk of early marriage yielded stories of teenage girls married to men in their 60s. I heard another story of a child giving birth after going to the toilet (that baby died). Just as powerfully, however, I also learned about their dreams, which were conveyed to me in songs for education and careers. Young Mariam wishes to be a midwife, and in the spirit of our mentoring program within Time’s Up, I took her the next day to the midwife college to be introduced to her future. One girl, Saba, only 10 years old, says she will be a lawyer, and she will help end impunity for child marriage and sexual and gender-based violence. I believe she will, as young people are South Sudan’s hope. Seventy percent of the country’s population is under 30 and UNFPA is committed to helping ensure youth reach adulthood safely and fulfill their potential.

It is one thing to help bring immediate relief to harrowing suffering. It is another altogether to help create a future. I am glad UNFPA does both, by addressing the urgent, persistent, and otherwise neglected sexual and reproductive health needs of girls and women and combating gender-based violence. The women of South Sudan deserve their bodily integrity, sexual autonomy, family planning choices and to be able to stay alive giving birth, to avoid the scourge of fistula and to grow up safely. They really are the change agents who can bring stability and much longed-for peace to the world’s newest country. 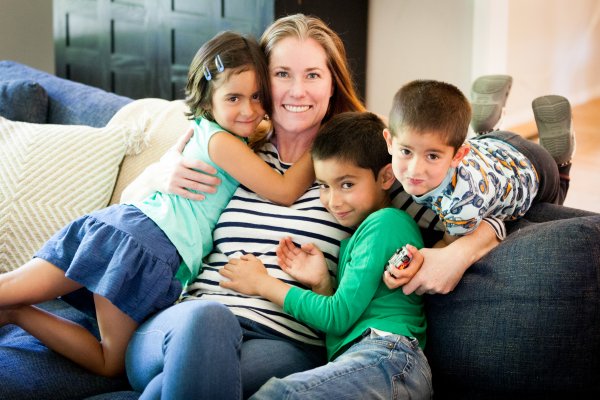 This Working Mom Created an Easier Way for Women to Deal With Breast Milk While Traveling
Next Up: Editor's Pick