A Rare 'Fire Tornado' Devastated a California Neighborhood. Here's What It Was Like Seeing the 'Apocalyptic' Aftermath

Craig Clements felt like he was on a different planet.

Mature trees stood barren, lifeless and with half of their bark stripped off. There wasn’t any soil, just hard-packed dirt. He saw flipped-over cars and shipping containers. Broken power lines. A gas pipe wrapped around a tree.

The damage came after a fire tornado, for lack of a better term, ripped through this area of Northern California, about a mile and a half away from downtown Redding, population 91,800-plus. Officials had asked Clements — an associate professor at San José State University who works in its Fire Weather Research Laboratory — and his colleagues to investigate the devastation left by the rare and horrific phenomenon, which formed under unusually extreme conditions last week as the Carr Fire picked up steam. What was left was unlike anything he’d ever seen.

“I’ve seen the devastation of the 2017 Santa Rosa and Napa Valley fires,” Clements says. “This is much worse.”

“It was completely decimated,” he adds. “Not a living branch for kilometers.”

A gas pipe was stuck wrapped around a barren tree after a "fire tornado" erupted during the Carr Fire in Northern California near the city of Redding.
Courtesy of Craig Clements

Over the last week, the Shasta County-area fire has killed at least six people, destroyed more than 1,000 homes and buildings and scorched 112,888 acres of land, making it one of California’s largest and most destructive fires in history. Record-breaking temperatures have helped fuel a number of aggressive and fast-moving fires across the Golden State this year. But the fire tornado spawned by the Carr Fire is perhaps the most extreme wildfire phenomenon officials have seen in years.

“The people I look up to in this profession have told me that aside from one a few years ago, they haven’t seen any,” says Scott McLean, deputy chief at California’s Department of Forestry and Fire Protection, or Cal Fire. “It’s that rare.”

More common are “fire whirls,” which can grow up to 100 feet and are fairly common in aggressive wildfires. But, even though fire whirls can certainly create problems for firefighters, they’re much smaller and weaker than fire tornados — research from the National Oceanic and Atmospheric Administration (NOAA) in 1978 says fire tornadoes can “lead to extreme hazard and control problems,” grow up to 1,000 feet in diameter and spin up to 90 miles per hour.

Fire tornadoes can form when heat from extreme temperatures and wildfires makes the air hot and less dense, experts say. The buoyant hot air can then rise vertically above the fire as fresh, oxygenated air from other areas rushes into what begins to act as a chimney. This column of air above the fire can begin to rotate and start spinning cyclically like a tornado. Fire tornadoes are more likely with hot temperatures, lots of dry vegetation that act as ample fuel for fast-moving fires and a lack of strong winds. An aerial view of the fire tornado at the Carr Fire last week shows a rotating smoke plume as flames burn throughout the hills and canyons of Shasta County.

“It sounds kind of apocalyptic, but these videos are really, generally very scary,” Swain says. “This is a feature that was generated largely by the intensity of the fire.”

Some scientists who spoke with TIME considered fire tornadoes a purely anecdotal phenomena — they heard stories and details of these monster storms from their colleagues, but had never seen one for themselves. The newly captured footage, then, is something of a revelation for them.

“We’ve been studying fire atmosphere interactions for 15 years now, and I always imagined that on large wildfires this is what could happen,” says Clements. “To really have it documented with today’s social media and video is mind-blowing.”

Along with his team, Clements is now working to learn more about fire tornadoes and the circumstances in which they occur. While he has not yet confirmed it, Clements theorizes that this fire tornado whipped up the flames themselves into its powerful vortex, making it all the more destructive. The lush environment that stood in the path of the fire tornado is now a desolate, eerie wasteland. But there’s no ash on the ground — Clements says it was lifted away.

“I’ve seen a lot of fires. It’s always hard to see people’s homes and cars and possessions burned; it’s heartbreaking,” Clements says. “From a scientific standpoint, I think, ‘Wow, I can’t believe nature is this strong.'” 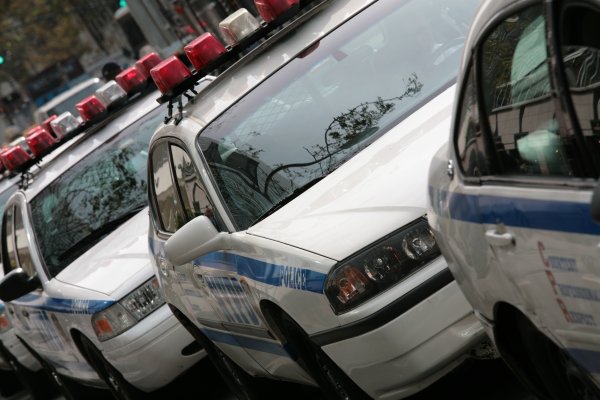