Step aside, math tutors: parents are looking to hire experts with a new kind of experience to instruct their kids. According to a new story in the Wall Street Journal, some families are shelling out for Fortnite coaches to help their children win at the wildly popular online game, paying as much as $50 an hour for video game pros to give their kids a boost at tactics and skills in their virtual combat.

Fortnite first took gamers — of both the casual and expert variety — by storm when it came out in September 2017; some sites put the Epic Games creation at as many as 125 million players globally by this summer. The mobile version even out-earned other popular games on mobile like Candy Crush Saga and Clash of Clans within its first three weeks on the market, and expert players began raking in cash for their advanced approach.

Now, it’s become such a social phenomenon amongst all ages that even young kids are needing to get their status up on the game, prompting parents to consider buying the time of those coaches, which can be sought out on social media or on sites like Gamer Sensei and Bidvine, as the WSJ reports. A quick perusal of Gamer Sensei suggests you can book a lesson for as little as $7.50 an hour, although you’ll probably want to spend up to achieve winning results. (And for some parents, apparently, the coaches are helping them keep up with their kids.) The upside: winning can bring in big bucks. The downside: looks like those old-school math tutors have some competition — until school starts up again in the fall, anyway. 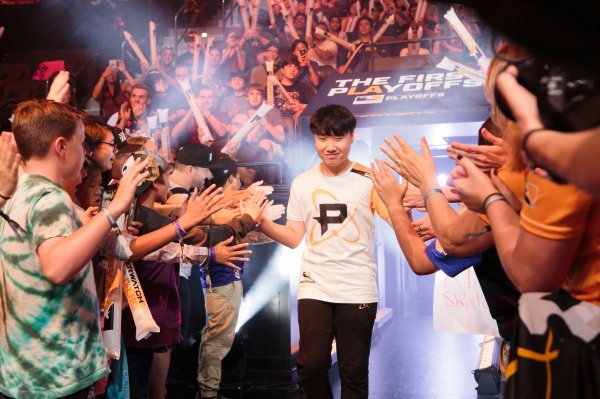 7 Questions With Blizzard's CEO as the Overwatch League Finals Get Underway
Next Up: Editor's Pick