Like “some restrictions apply” or “Tyler Perry presents”, the phrase “prosecutors will decide” is one of those three-word phrases that you hear so often you forget what they mean, John Oliver pointed out on Sunday night’s episode of Last Week Tonight. According to Oliver, when we talk about the criminal justice system, we tend to just talk about Law & Order, policing, public defenders, prisons, and judges, but don’t talk about the 2,500 prosecutors who work in the system and wield immense power.

“The vast majority of the time your fate is not decided by a judge or jury,” Oliver noted. “Nearly 95% of the cases that prosecutors decide to prosecute end up with the defendant pleading guilty.” Those plea bargains are basically a form of criminal justice based on what happens when “people just give up,” which Oliver pointed out was the same model AT&T uses for its customer service hotline.

If defendants are among the 5% who decide to go to trial, according to Oliver, prosecutors can make it extremely difficult for defense counsel to access their clients’ records. This leads to what one lawyer called a system of “trial by ambush” where lawyers have little choice but to come unprepared for trial, which Oliver said is akin to “giving a presentation in English class without having read the book.”

Oliver also noted that prosecutors were responsible for hiding 25% of exculpatory evidence leading to innocent people spending time in jail. Oliver played a clip of one D.A. setting the bar extremely low by saying that a person spending 30 years in prison for a crime they didn’t commit was “better than being executed or dying in prison.” When prosecutors do cross the line into misconduct, such as purposefully hiding evidence that could exonerate a person, there is very little accountability.

While there are movements to improve transparency and set up independent commissions to oversee prosecutors, Oliver noted that since most prosecutors are elected, people can demand change through the polls. That’s why it’s important to know who your local D.A. is and what policies they espouse. “Most people know [as much] about their local D.A. as they do about their local Cheesecake Factory manager.” Oliver said. “Chances are you don’t know who they are and if you do it’s because something truly terrible has happened.”

“Like the Cheesecake Factory, prosecutors have the ability to ruin lives in a second,” Oliver continued, encouraging people to find out more about their local D.A.s. “If we do not decide ourselves what we want our criminal justice system to look like — prosecutors will decide.” 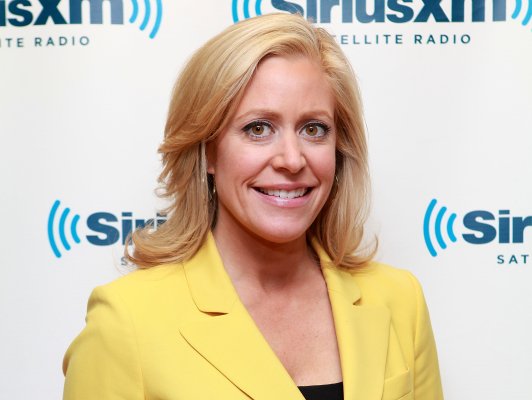 Fox Host Apologizes After Claiming Her Country Club Wouldn't Seat Her Family Because of Her Views on Trump
Next Up: Editor's Pick