Six women have accused CBS CEO Les Moonves of sexual harassment over the course of three decades, according to a report in the New Yorker.

Six women told the New Yorker’s Ronan Farrow — who won a Pulitzer Prize last year for his reporting on allegations against disgraced Hollywood mogul Harvey Weinstein — that Moonves sexually harassed them between the 1980s and late 2000s. Four of the women alleged that Moonves touched them inappropriately including producer Christine Peters, and two women including actor Illeana Douglas allege he had physically intimidated them and threatened to ruin their careers.

In a statement provided to the New Yorker and subsequently given to TIME, Moonves acknowledged he erred in the past, but said he never misused his power at the network.

“Throughout my time at CBS, we have promoted a culture of respect and opportunity for all employees, and have consistently found success elevating women to top executive positions across our Company,” Moonves said. “I recognize that there were times decades ago when I may have made some women uncomfortable by making advances. Those were mistakes, and I regret them immensely. But I always understood and respected – and abided by the principle – that ‘no’ means ‘no,’ and I have never misused my position to harm or hinder anyone’s career.”

CBS said it is reviewing the allegations against Moonves, adding there have never been any misconduct claims or settlements against Moonves throughout his tenure at the network.

Aside from the claims against Moonves, the New Yorker also depicts the work environment at CBS as one fraught with unreported claims of sexual harassment and inappropriate behavior. In particular, several former employees reportedly allege that Jeff Fager, the former chairman of CBS News who is currently the executive producer of 60 Minutes, inappropriately touched colleagues, and made advances toward an associate producer when he was inebriated at a company party. The employees also allege that Fager turned a blind eye when other male employees engaged in similar behavior, according to Farrow’s account.

Fager said the incidents “never happened,” according to a statement from CBS. “There’s a reason these awful allegations have not been published before—despite the efforts of a few former employees who did not succeed at ‘60 Minutes.’ It is because they are false, anonymous, and do not hold up to editorial scrutiny,” he said. CBS did not directly address the allegations against Fager, but took issue with the depiction of the company as a whole.

“CBS is very mindful of all workplace issues and takes each report of misconduct very seriously. We do not believe, however, that the picture of our Company created in The New Yorker represents a larger organization that does its best to treat its tens of thousands of employees with dignity and respect,” the company said in a statement. “We are seeing vigorous discourse in our country about equality, inclusion and safety in the workplace, and CBS is committed to being part of the solution to those important issues.” 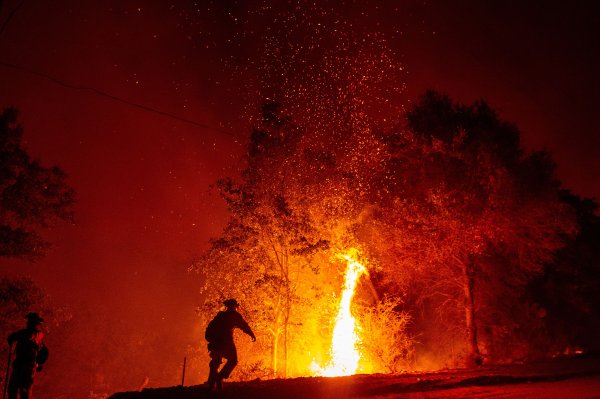 California TV Anchors Forced to Evacuate Studio as They Reported on Approaching Wildfire
Next Up: Editor's Pick