President Donald Trump denied a new report that he knew about a 2016 meeting at Trump Tower with a Russian lawyer who promised to give his campaign dirt on Hillary Clinton.

The accusation reportedly comes from Trump’s former attorney and confidant, Michael Cohen – who now says he was present when Trump was told about the meeting, multiple media outlets are reporting. CNN first reported the news Thursday night.

“I did NOT know of the meeting with my son, Don jr.,” Trump tweeted Friday.

Trump, his son Donald Trump Jr. and their lawyer have repeatedly denied that Trump knew about the May 2016 meeting between Donald Trump Jr. and Russian lawyer Natalia Veselnitskaya. The meeting was also attended by Trump campaign chairman Paul Manafort and Jared Kushner, the President’s son-in-law. Newly uncovered emails show Veselnitskaya had close ties to senior officials in the Russian government.

The President also attacked Cohen, claiming he is “trying to make up stories” because of his legal trouble. Cohen is facing a federal criminal investigation as well as legal scrutiny for New York taxicab companies he owns.

“Sounds to me like someone is trying to make up stories in order to get himself out of an unrelated jam (Taxi cabs maybe?)” Trump tweeted.

“He’s been lying all week, he’s been lying for years,” Giuliani said on CNN. He added that Cohen’s secret recording of him and Trump talking about a hush payment to a former Playboy model further shows he’s told “serious lies.”

“I don’t see how he has any credibility,” Giuliani said. 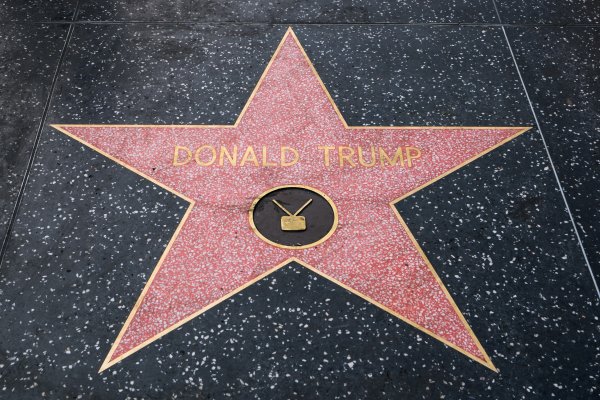 Donald Trump's Hollywood Walk of Fame Star Has Been Destroyed Again
Next Up: Editor's Pick