Millennials in Love: Why They're Not So Different From Their Parents After All

There’s nothing quite like a new generation setting out to breed. It’s an exercise in feverishness and fretfulness, in urgency and appetite, a sweet and simpleminded leave-taking of the senses in the pursuit of, well, a lot. Sex, certainly—plenty of that. Then there’s companionship, and security and the esteem of your friends—to say nothing of yourself—and the basic thrill of thinking that maybe, just maybe, you’re in love. Only a handful of years earlier, the same demographic was nothing but a swarm of pre-sexual children. Then the mating software booted up, but it was constrained by bodies and minds way too young to do much about it. And to the extent that anyone tried, there were parents, teachers and society as a whole policing their behavior.

Then all at once the limits are gone—the young breeders jump the traces and are set free to have at it. Soon enough, their sexuality will be back in harness—they’ll be married, with children, their primal impulses constrained again by commitment and culture. But for now, they’re a cohort of sexually electric young adults, and romance is one big, heaping helping of yes.

And oh, the kind of sex they’re going to enjoy. Their parents and grandparents had their turn at it, but theirs was sex within limits, sex by the rules, sex—let’s be honest—as intercourse. The new generation has sex with a wink, sex with awareness—sex as an exercise in bonding and socializing, experimentation, even irony, sex as a complex act that can mean anything at all or nothing at all, and you know what? That’s just fine. This is a whole new breed of breeders.

Except it’s not. The popular trope of the Millennial age is that sex and love might not be any different now from what they’ve always been, but the way they’re practiced and pursued has changed meaningfully, in large part because of the technology that enables it. The school dance gave way to the singles bar which gave way to the personal ad, which gave way to the Internet which gave way to the smartphone—your handheld, in-pocket, 24-hour police scanner for love. OKCupid and Match.com have always-with-you apps; Grinder and a host of other new apps trump that by swapping compatibility for geography: who’s nearby and who’s available—right now? Tinder gamifies it all—dating and mating as a portable match game, with an unending succession of faces appearing on your screen, all dispatched with a swipe one way to pick the winners and a swipe the other to designate losers—and somewhere out there, your face is being swiped too.

“Curation has been a lifestyle trend for a while now,” says consumer anthropologist and consultant Jamie Gordon. “There are services and apps that help you access and consume products. Tools like Tinder are just about accessing and consuming humans.”

By any measure, that does seem like a sea change. But the thing is, the sea is always changing, in big ways and small, from generation to generation and even year to year. When it comes to romance, the last century alone has seen multiple transformations, all of which felt like never-before force multipliers for human sexuality. There was feminism in the 1970s—which freed women to heed both the urges of their bodies and the imperatives of their dignity, allowing them to make the kinds of choices they never could before. There was the Pill in the 1960s and the back seat of the Chevy in the 1950s. There was the exquisite collision of illegal gin, hot jazz and the forbidden lure of the speakeasy in the 1920s. That same car with the big back seat was a “struggle buggy” back then, something you’d share with a snuggle pup you met at a petting party. Laugh now, but the sex was just the same.

“Technology is changing rapidly but human beings are not,” says clinical psychologist Elizabeth Churchill, currently director of human-computer interactions for eBay research labs and formerly with Yahoo, where she analyzed blog profiles for the company’s personal and dating services. “Dating apps just let you collapse space and time in ways you couldn’t in the past. Back then, if I wanted to know if there was someone around the corner I could have sex with I had to get up and have a look. Now I can do it all online.” That’s different—a little—but only in the way that going out to a movie is different from streaming one at home.

MORE Inside Tinder: Meet the Guys Who Turned Dating Into an Addiction

The gamification element may be less than it seems too. There’s no way to deny that Tinder has reframed the win-lose quality of mate selection like nothing ever before. But gamification has always been a big part of the mating mix. It’s what mid-century makeout games like spin the bottle and pass the grapefruit were about. It’s strip poker and suburban key parties —whose spouse are you going home with tonight? It’s half the point of the game Twister, with its left-hand-red, right-foot-blue, and who knows what other body parts will bump up against each other in the process? Arm wrestling in a bar gamifies which man’s fitness display will best catch the eye of a woman. Four-inch heels ain’t worn for comfort; they’re worn because they give a woman an advantage over her friend who can barely totter around on three-inchers.

Conception itself is the biggest, most existential game of all. If a woman ovulates for 35 years, she’ll release 420 eggs, and conception requires just one. The rest? Thanks for playing. And as for sperm? In a single sex act, perhaps 250 million of them go racing for the same irresistible target. If a sperm could spike a football, don’t you think the winner would?

Global events—which are by definition unique to a particular point in time —don’t make any one generation as special as it seems either. Gordon cites 9/11 and the global recession as formative experiences for Millennials—and they surely were, piling burdens of loss and economic hardship on the shoulders of young people who might not be equipped to bear them. In the process, diversions like steamlined dating, enabled by game-like apps became all the more appealing. “It makes the work of finding a mate more lightweight,” she says.

Maybe, but listen to all the recent sociological jawboning about the 50th anniversary of the Beatles’ appearance on Ed Sullivan. In this case, it was the assassination of President Kennedy that was the traumatic experience, feeding the need to cut loose with new, faintly outlaw music, and leading in turn to the freedom of the sexual revolution. Before that it was Pearl Harbor and before that the Depression. Crises are episodic, but human sexuality is eternal, and it’s a certainty that the two will line up now and again.

Even the image-curation power that apps provide—posting your most flattering pictures, with your best-looking friends, and advertising only your good points—is just the digital version of ancient analogue behavior: leaving your glasses at home when you go on a date, or choosing a dimly lit restaurant because who doesn’t look better in candlelight? Yes, it’s all more sophisticated when an app is involved, but that’s a difference of degree, not of kind.

“When I was at Yahoo, we interviewed people and watched them as they filled out their profiles,” says Churchill. “People are were smart and they knew there was an algorithm out there, so they were forever changing what they wrote to game the system—saying they’re 39, for example, because they weren’t getting enough hits with 41. They’d admit that that felt like lying, but it’s all just impression management.”

None of this is to say that new technologies and circumstances don’t present situational challenges that didn’t exist before. The condomless era that the Pill ushered in meant dealing with the rise of STDs—including, eventually, AIDS. Key parties and mate-swapping led to long-term affairs and broken marriages. Single secretaries and predatory Mad Men were just obeying ancient seduction rituals, but those rituals had a new impact in a suburban-centric era in which wives and children were parked a train commute away and the randy dad got to spend his days in the city. What happens on Madison Avenue stays on Madison Avenue—until it doesn’t and the family busts up.

So too is it with Tinder, Grindr and the whole new world of app-potentiated dating. Easy technology in the hands of young, hormonally charged singles is undeniably a mutually reinforcing match, especially since the apps are designed with all the psych-savvy bells, whistles and reinforcement signals that make games like Candy Crush and Angry Birds so addictive.The thing is, we didn’t come from the factory pre-loaded with a primal need to line up jelly beans or launch birds at pigs, but we did come with a powerful suite of sexual needs and behaviors. Millennials must admittedly wrestle with all that in ways no other generation did. Still, it’s a very old struggle—even if it’s being fought by very new rules.

Click here to join TIME for as little as $2.99 to read more about The New Dating Game and how apps like Tinder have changed courtship. 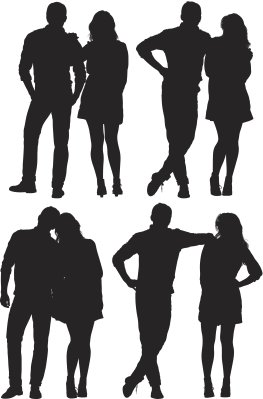 We're All Going to Be Single Forever Because No One Knows When They're On a Date Anymore
Next Up: Editor's Pick