What Democrats Don’t Get About the South

The line outside a Trump rally in Nashville in the spring. Trump’s 2016 victory continued the GOP’s dominance of Southern politics
Luke Sharrett—Bloomberg/Getty Images
Ideas
By David French
French is a senior editor at The Dispatch and a columnist for Time. His new book is Divided We Fall: America's Secession Threat and How to Restore Our Nation. He is a former major in the United States Army Reserve.

There is no accent quite like the southern accent, and there is no Southern accent quite like the Southern politician’s. Spend any time in the South–especially in the rapidly growing suburban and exurban South–and you’ll hear the drawl. The men sound just a tiny bit folksier, as if your doctor would be just as comfortable plowing a field as he would be reading an X-ray. The women just sound nice, so that the same words you hear in daily life across the U.S. somehow come off kinder and gentler.

In 2018, the South sees itself as economically advanced but culturally traditional. It’s proud of its industry and technology, but it’s also proud of its faith and its families. The majority of the people don’t hunt or fish or farm, but they feel connected to people who do. A Tennessee lawyer may never leave a paved road, but he’ll drive a truck that can haul hay. Even people who don’t own guns value the South’s gun culture. They may not have a firearm, but they will not tolerate a government that restricts their ability to defend themselves.

That’s the idea of the South in 2018. Southerners love God. They respect the traditions of faith and family–including manners and respect for elders. Southerners are connected to the land. They despise elitism. They’re suspicious of government but not averse to its help. And they are definitely proud of their region and its way of life–even if its day-to-day reality is no longer so distinct.

There are those who would argue that there has been minimal progress. Critics point to continuing racial divides in voting habits, widespread de facto segregation (which is often worse in the great cities of the North) and allegedly race-motivated voter-ID laws to claim that not much has changed. But that’s wrong. Transplant a “segregation now, segregation tomorrow, segregation forever” voter from 1963 to 2018 and he’d be flabbergasted to learn that South Carolina elected a black Senator through predominantly white votes. He’d be stunned at the level of social sanction leveled against white Southerners who express racist ideas. He’d know that the South is substantially different.

But it’s not entirely different. Race still obviously matters, a lot. And as the Southern GOP primary landslide for Donald Trump shows, the white Southern voter is at best too tolerant of racism and race-baiting.

Moreover, the populist heart still beats in the Southern working class. The region has never been as economically conservative as the Tea Party and other elements of the Southern GOP liked to think. There is no groundswell for entitlement reform. The so-called disability belt–the counties where residents disproportionately draw disability benefits–runs straight through the heart of the South.

The South’s decisive swing from blue to red is one of the most analyzed and debated political changes in American history. There are those who say it’s all about race–that as the Democratic Party abandoned its racist roots, Southern whites responded to GOP dog whistles. The South may be less racist, they argue, but race is still the dominant political and cultural factor of Southern political life.

But that’s too simplistic. And it understates the role of what for many is the single most important aspect of their identity: their faith in God. The South is America’s most churchgoing region. How is it possibly going to connect with a Democratic Party dominated by a secular, progressive elite? Only 32% of white Democrats believe in the God of the Bible. The result is a massive cultural gap between most of the South and one of our two great political parties, and it translates into electoral routs. Republicans now have unified control (governor’s mansion, statehouse and state senate) of eight of the 11 states that made up the Confederacy. The GOP controls 18 of 22 Senate seats and holds an overwhelming advantage in the House. Trump won 10 of the 11 states in 2016, as did Mitt Romney in 2012.

And so the smart Southern politician “culture signals,” sometimes to comically absurd excess. The GOP nominee for Georgia governor, Brian Kemp, made national news when he ran a primary-campaign ad that featured him “blowing up” government spending with an actual explosion, brandishing his pump-action shotgun to show his love for the Second Amendment, firing up a chain saw to “rip up” government regulations and starting his “big truck” just in case he needs to “round up criminal illegals and take ’em home myself.”

In another ad, he holds a shotgun as he makes a kid portraying his daughter’s boyfriend recite elements of his platform. And what were the two things that were most important if the kid wanted to date one of Kemp’s daughters? “Respect, and a healthy appreciation for the Second Amendment, sir.”

Cagle was wrong. And not surprisingly, he lost to Kemp in a July 24 runoff. The contest isn’t over who can be the craziest. It’s over who can be the most Southern, the most proudly traditional and the least politically correct. There’s a method to this madness. The truly Southern man won’t be impressed by establishment politics. He’s going to be skeptical of elites. And he’ll never be ashamed of his faith. This culture signaling declares to the voter that he’s not just representing them; he’s representing a way of life.

French, a lifelong Southerner, is a senior writer for National Review and a former major in the U.S. Army Reserve 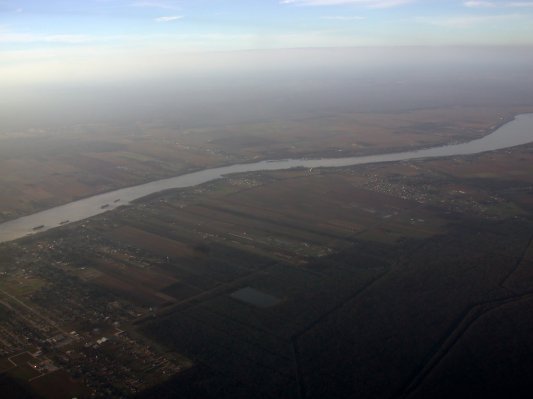 Why the Mississippi Remains the South’s Most Vital Artery
Next Up: Editor's Pick