Michiko Kakutani Is Fighting for Truth in a Post-Truth Era

People who read a lot, or even just a little, often have internal memory banks full of potentially useful facts and quotes, ready to be resurrected brilliantly at a moment’s notice–yet still, in the clutch, most of us are like amnesiac squirrels in wintertime, asking, “Where did I put that nut?” Michiko Kakutani is the squirrel who remembers the nuts. Her slender, fiery new book, The Death of Truth: Notes on Falsehood in the Age of Trump, appearing less than a year after she left her perch as the chief book critic at the New York Times, could have been written only by someone who reads more, and retains more, than most mere mortals.

A President who spreads outright lies on Twitter nearly every day, a swath of GOP yes-men who live in fear of crossing Donald Trump’s voters, a devious Russian President who has used his KGB-honed wiles to shake the foundation of election systems in several countries, including the U.S.: we live in a world where falsehood and misrepresentation have become the strange new norm. Kakutani’s aim is to show how “a disregard for facts, the displacement of reason by emotion, and the corrosion of language are diminishing the very value of truth,” and to frame the destructive effect those distortions are having on the U.S. and the world.

In the book’s most dazzling section, Kakutani dissects how postmodernism and deconstruction, formerly the dual darlings of lefty academics everywhere, have been co-opted by dark forces on the right. “The postmodernist argument that all truths are partial (and a function of one’s perspective) led to the related argument that there are many legitimate ways to understand or represent an event,” she writes. Thus, Trump felt perfectly justified lumping violent neo-Nazis in with the peaceful counterprotesters who showed up to stand against them in Charlottesville, Va., last August. There were “some very fine people on both sides,” Trump said at the time, after condemning “this egregious display of hatred, bigotry and violence on many sides, on many sides.” As a staff critic, Kakutani could sometimes be reasonable–albeit intelligently so–to the point of dullness. In The Death of Truth, she shows true, passionate anger, and she comes out and calls 45 by the name some of us are still reluctant to use: liar. 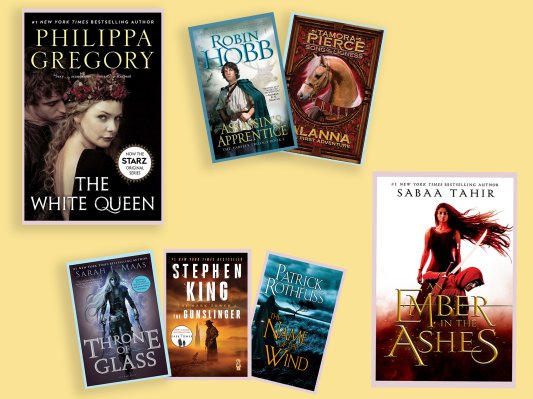 The 7 Best Books to Read While You Desperately Await More Game of Thrones
Next Up: Editor's Pick