A young woman skates in front of an LGBT Pride booth at a music festival in Berea, KY
Meg Wilson
Ideas
By Jon Meacham
Meacham is the author of Destiny and Power: The American Odyssey of George Herbert Walker Bush

The dinner had been pleasant, the conversation congenial. On a spring evening in 2016, in a private room in the capital of a Southern state, the governor–a Republican, a native and a longtime vote-getter–was asked what, exactly, was happening to his party. The state’s primary had taken place not long before, and an interloper–Donald Trump–had crushed a GOP field that included conservative candidates from typical Sunbelt favorites like Florida and Texas. The governor shook his head. “Turnout was what’s so amazing,” he said. Precincts, particularly rural ones, that usually produced a handful of primary voters had been swamped with supporters of a thrice-married libertine from New York. “Folks just came out of nowhere,” the governor said, a tone of marvel in his voice. “I thought I knew this state cold. I thought I knew the South cold. Now–well, now I’m not so sure.”

He was surprised by the swerve to Make America Great Again; other politicians in the South are equally puzzled by a millennial influx that has turned significant sections of places like Nashville into tiny Brooklyns with a drawl. More than a century and a half after Appomattox and more than 50 years after Selma, the South is in flux, its complexities and ambiguities deepening as the region offers a pronounced reflection of the rest of the nation. Easy to caricature but difficult to categorize with care, the South is home to the blues and the Klan, to burgeoning civil rights memorials and neo-Confederates, to deep faith and terrible violence, to great affluence and unspeakable poverty. Perhaps it’s the heat, but for some reason Southerners are given to extremes, and we can see vivid manifestations of the elements that are shaping American life at large in the 21st century.

There’ve been too many “New Souths” in the view of the late novelist Walker Percy. “One of the first things I can remember in my life was hearing about the New South,” he wrote 40 years ago. “I was 3 years old, in Alabama. Not a year has passed since that I haven’t heard about a New South … my definition of a New South would be a South in which it never occurred to anybody to mention the New South.”

With apologies to Percy, we can’t help it–nor should we, given that so many of the forces in the national soul, from race to commerce to culture, have found their most dramatic expression in the chunk of America ranging from Virginia to Texas. The region is an ever unfolding case study in the tension between past and present. As the novelist and ex–Confederate cavalryman George Washington Cable put it in an 1882 address at the University of Mississippi: “Our life had little or nothing to do with the onward movement of the world’s thought. We were in danger of becoming a civilization that was not a civilization, because there was not in it the element of advancement.”

A critic of Jim Crow and of white resistance to accepting the implications of the verdict of the Civil War, Cable was largely ahead of his time and soon left the South to spend the rest of his life in Massachusetts. His story is emblematic of a perennial Southern phenomenon: long decades of stasis followed by periods of rapid change, nearly always compelled by national forces.

And so it is today. The segregated Old Confederacy languished until the middle of the 20th century; it was only after World War II and the court decisions of the Earl Warren years that the Cotton Belt truly became the Sunbelt. From military spending to the space program in Texas, Alabama and Florida, federal investment was key, and states that embraced an integrated future thrived. The growth of the information economy can be detected in cities from Raleigh to Austin; the globalized world of commerce (at least before Trump’s tariffs took hold) in BMW’s presence in upstate South Carolina, Mercedes’ in Atlanta and Volkswagen’s in Chattanooga, Tenn.

The task at hand is determining whether the flow of new people into the South will accelerate changes in patterns of work, politics and culture. Put another way, will a diverse Austin affect Arkansas? Can Atlanta shape Augusta? Will Nashville, with its rising wealth and left-of-center politics, convince Tennesseans in red counties to think anew and act anew, to borrow a phrase from Lincoln?

Close observers aren’t sure. In some cases, the new blood and new jobs have turned large pockets of deep-red states at least a shade of purple. But the arc is no given. Tennessee Governor Bill Haslam, a Republican finishing his second term, has noticed that a number of recent arrivals aren’t coming to change things–they’re coming to savor them as they are. “Many of our most conservative citizens are people who have come here from a more liberal state,” he says. “They originally came because they wanted to live in a place with lower taxes and a lighter government hand. Once here, encouraged to find that they were no longer in the minority, they have found their political voice and become some of our most engaged political participants.” Old times here, in other words, are being kept top of mind, not least by the freshest faces in the neighborhood.

All of which has made the South yet again an active front in the wars for the fate of the nation. Alabama already has one Democratic Senator, and two of the most competitive campaigns in the country are unfolding in Tennessee and Georgia. Driven by the growth in the Washington suburbs, Virginia has proved reliably blue in the last three presidential elections, and Florida is likely to remain the most important of swing states into the foreseeable future. The bottom line: Southern politics are far more fluid than many people believe, and even the slightest uptick in Democratic strength in the South could portend far greater gains elsewhere.

If the South can come to grips with its tragic past–if more people, say, visit Bryan Stevenson’s new lynching memorial in Alabama than acquire MAGA hats–then the region has an opportunity to advance redemption in a country torn asunder by tribalism.

“A Southerner may still hope that someday the Southern temper, black and white, might yet prove to be the sociable yeast to leaven the American lump,” Percy wrote in 1965. “Indeed, he may suspect in his heart of hearts that the solution, if it comes, may have to come from him and from the South. And with good reason: the South, with all the monstrous mythologizing of its virtues, nevertheless has these virtues–a manner and a grace and a gift for human intercourse … It may well come to lie with the South in the near future, as it lay with the North in 1860, to save the Union in its own way. Given enough trouble in New York and Chicago … it might at last dawn on him, the Southerner, that it is not the South which is being put upon but the country which is in trouble.”

At which point a newly enlightened South may rise again–as a force not for ill but for good.

Meacham is a historian and author whose biography of Andrew Jackson was awarded the Pulitzer Prize. His latest book is The Soul of America 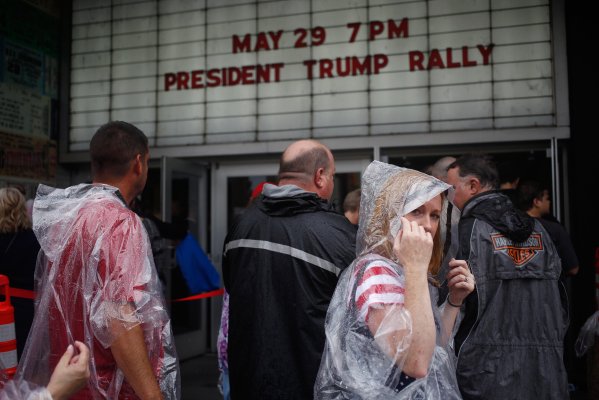 What Democrats Don’t Get About the South
Next Up: Editor's Pick