Memories From the South: Hunting Camp

In South Carolina, season opens the first week of October. A few diehards at camp come at the start and stay till the end, but most of us filter in and out whenever time allows. We drive down, go home, work jobs and sneak back on weekends. For three months, life is governed by deer hunting.

Our camp is located in McCormick County. More specifically Plum Branch, a town that is little more than a cross­roads. A rutted gravel road cuts between pines to a series of flat-tired, pull-behind campers tarped and covered with tin, a bathhouse, a picnic shelter and a fire pit.

Spread over a few acres, there’s Burt and Carole, Zeno and Diana, Billy and Nancy, Florida Joe, Son in Law, Ted, Shady Grady, Jackie, Randall, Jason, Lewis and me. Sometimes Son in Law’s son-in-law comes with his son. It’s a tongue-twisting maze of names and connections that would be hard to keep straight even if you were there from the beginning.

Most of these men have been coming here since before I was born. They’re in their 60s, a few mid-70s, one inching fast for 80. After 45 seasons wandering the same woods, they’ve come to know the land intimately. They throw around names—the Owl Boxes, the UFO Hole, the Refrigerator Stand—places where they’ve killed deer for decades. At 34, I’m the youngest one here.

Sometimes at night the train goes by, and as the whistle blows the coyotes get to crying and it’s about as lonesome a sound as any of us have ever heard. For a few seconds the stories stop, and we turn our ears away from the campfire to listen. The wood crackles and pops, and Florida Joe pokes at the coals with his walking stick.

Sometimes Zeno Ponder passes around a gallon jug of muscadine cordial. The bottle always stops a little longer when it reaches Son in Law. He takes one sip, glances around, sneaks another. Someone gives him hell and everyone gets to laughing, and, though none of us air a breath of sentimentality, I know it’s been a year since any of us felt this good.

Sometimes the South Carolina boys come to visit—Jim, Gary, Mark, Spike and Ugly Buck. Once a season, Jim brings a giant pot of chicken and rice. It’s a dish we look forward to same as Florida Joe’s cornbread, Son In Law’s potatoes and onions or Nancy’s cheesecake. We scrape the pot clean and lick our plates knowing every time may be the last because Jim’s beat cancer once and has cancer again. Even the toughest men don’t last forever.

Two years ago we spread Larry’s ashes under the rocks circling the fire. Larry lost one of his legs to a landmine near Ben Luc, pulling patrols along the Mekong River. He had a prosthetic, but that never stopped him from working a climbing stand 20 feet up a pine. It was his liver and heart that failed him. Agent Orange. A large portion of camp served in Vietnam.

Aside from Florida Joe and Billy from Texas, everyone at camp comes from the Blue Ridge Mountains. Jackie’s the one first brought me here. He and I ride together from Jackson County, North Carolina. The pine flats of South Carolina are a different landscape altogether from the mountains where we live. This is where the piedmont transitions to sand hills. The sun is relentless and there is seldom a drop of rain. But there are deer here, more than we could ever hope to find back home.

I come from a family of small-game hunters, so it was the men and women at camp who taught me to hunt deer. Jackie Medford showed me how to read sign, scrapes, rubs and licking branches. Last November, Burt Hogsed gave me the tree where I would later kill my biggest deer to date. Zeno Ponder was the one who first handed me a knife and told me where to cut. Any gap that may exist in age is bridged by a deep belief that there is something greater than mere subsistence gained from time afield.

For the most part, ours is a culture on the brink of extinction. Fewer are finding their way into the sport, and every year there is less land to roam. More than just the hunting, though, what we hold on to is a microcosm of what the growing urban-rural divide has erased across much of the rural South. It’s that old-time communion that used to be commonplace.

The meals we share are no different than what used to be Sunday suppers. The storytelling around the fire used to be front-porch affairs. The large, extended families that filled church pews, the kinds of families with tongue-twisting mazes of names and connections, don’t hold together like they did in the past. Kids move away and seldom return. The fellowship halls where people gathered for reunions are empty. The family graves are grown over with weeds. But there are holdout pockets where story still matters and people are still tied to the land.

At camp we hold on to tradition, and as the moon rises behind the pines, the old men talk and I listen. Deep down I know it won’t last, that it can’t, so I linger on every word. If time favors us all the same, there will come a season when I am alone. Sooner or later, there will come a night when the last of the fire burns out.

Joy’s latest novel, The Line That Held Us, comes out Aug. 14

Most Popular on TIME
1
‘You Bet Your Ass I've Got Regrets.’ As Election Day Nears, More of Trump’s Former Officials Are Speaking Out Against Him
2
Everything You Need to Know About Nurse Ratched Before Watching the New Netflix Show
3
Megan Thee Stallion Is on the 2020 TIME 100 List 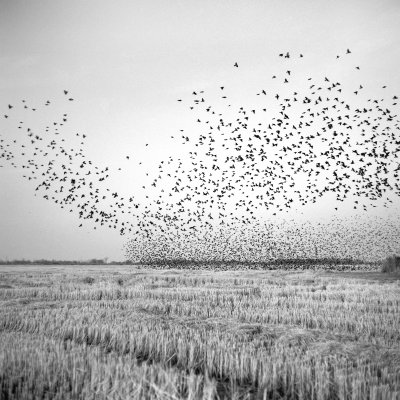 My True South: Why I Decided to Return Home
EDIT POST