Miranda Lambert, Faith Hill and Other Celebrities Share Their Favorite Spots in the South

We asked notable Southerners to tell us about a place they love. Here are some of their favorites.

Float the Guadalupe River by day and listen to live music at Gruene Hall by night—it’s the perfect Texas outing.

Drew Brees #9 of the New Orleans Saints warms up during the NFL Pro Bowl between the AFC and NFC at Camping World Stadium on Jan. 28, 2018.
Alex Menendez—Getty Images

I love Audubon Park in New Orleans, watching my kids play, feeding the ducks, admiring the oak trees and watching the sun set on the water.

On Highway 49 in Florence, Miss., just outside of Star, Donna’s #6 Produce has been run by one family for 42 years. Donna’s ice cream is the best. Even after I left home, Donna and her family checked in with my parents and made sure they had fresh produce—and they still do that today for my dad.

Tig Notaro attends the Netflix is a Joke FYSee Event on May 11, 2018.
Chelsea Lauren—Variety/Shutterstock

Sitting on the beautiful wraparound porch of Cat Island Coffeehouse in Pass Christian, Miss., overlooking the ocean, you can enjoy the tastiest coffee anywhere. The eclectic, Southern-centric collection of books is an added bonus.

Farmers Market in Fort Myers, Fla., has some of the best soul food I’ve ever had. It’s a must every time I go back home.

The Shoals is a snapshot of all that is happening in the South, from artists who entertain the world with incredible music, cook amazing meals and design beautiful objects, to the serenity of a small cabin by the lake.

I love the food in my home state. Any little local place, like Ray’s PeGe in Monroe, that serves home-cooked Louisiana food works for me.

Muscle Shoals Sound Studio, which has finally been returned to its former glory, is where I first played my songs for the Drive-By Truckers. More important, it’s where “I’ll Take You There,” “Wild Horses” and “Kodachrome” were recorded. Irreplaceable.

MSNBC television anchor Joe Scarborough, co-hosts of the show "Morning Joe," takes questions from an audience, at a forum on Oct. 11, 2017.
AP/Shutterstock

Our family regularly traveled north from Atlanta on I-85, racing past Gaffney’s giant peach across the heart of South Carolina’s High Country. The transformation of Greenville from a sleepy town into an international automotive and aerospace hub is an example of how free trade and ethnic diversity points the way forward for the New South.

At K&W Cafeteria you walk in and see a cross section of the beautiful folks who make up Greensboro, N.C., and get some great Southern cooking.

Sabor Latino, in my hometown of Athens, Ala., has the best tortas. It started as a taco truck and grew into a storefront. Every time I go there, I am reminded that the American Dream is what you make it.

Spending time with Glenn Roberts at Anson Mills, surrounded by the seeds and stories that are reshaping Southern food, is my biggest inspiration.

Percy and Edwin Warner Parks in Nashville. Getting lost in the nearly 3,200 acres of forest and valleys and hills, it’s easy to imagine what this state must have looked like a hundred years ago—beautiful.

Eli Manning #10 of the New York Giants watches the action against New England Patriots in the second half during a preseason game on Aug. 31, 2017.
Jim Rogash—Getty Images

My favorite place in the world isn’t the easiest to find. Hidden away in the foothills of eastern Kentucky, the little coal mining town of Harlan is a true southern gem. It’s the kind of place where anybody would give you the shirt off their back or the food off their plate without thinking twice. 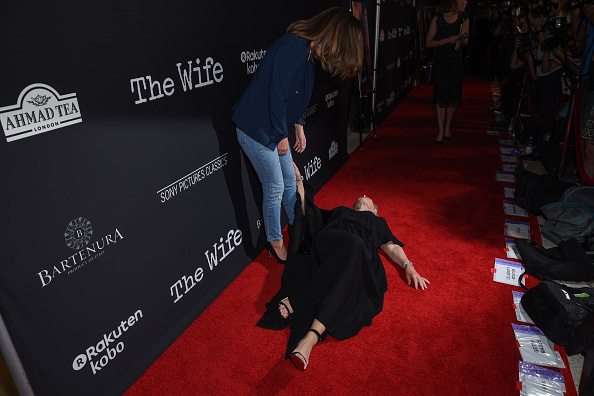 Glenn Close Pretended to Faint on the Red Carpet and It Was an Award-Worthy Performance
Next Up: Editor's Pick