The FDA Approved the First New Endometriosis Treatment In a Decade

Photo via AbbVie
By Jamie Ducharme

The Food and Drug Administration (FDA) on Tuesday approved the first new treatment for endometriosis in more than a decade, the drug’s manufacturer announced.

The drug, called Orilissa, will offer a new therapy to some of the roughly 176 million women worldwide who experience the painful gynecological condition, many of whom suffer for years before finding an adequate therapy. The oral medication will hit pharmacy shelves as soon as next month, according to a release from manufacturer AbbVie.

Endometriosis, which affects about one in 10 women of reproductive age, occurs when tissue that typically lines the uterus grows outside of it, according to the Mayo Clinic. This growth can result in debilitating pain, particularly around a woman’s menstrual cycle or during sex, and may also lead to fertility issues. Currently, many women with the condition are treated with oral contraceptives, painkillers or hormonal therapies, and in some cases — as with actress Lena Dunham — patients may resort to a hysterectomy or other surgical options.

Orilissa, also known by the generic name elagolix, was shown in two clinical trials to decrease patients’ pain better than a placebo pill after six months of treatment, according to AbbVie’s statement. The drug does, however, lower estrogen levels in the body, possibly resulting in bone loss, the statement says. It may also affect menstrual periods and increase the risk of miscarriage if taken while pregnant, as well as a number of other side effects.

A four-week supply of the drug will cost $845 without insurance, the Chicago Tribune reports.

A number of prominent women have spoken out about their struggles with endometriosis over the years, including Dunham and actresses Tia Mowry and Daisy Ridley. 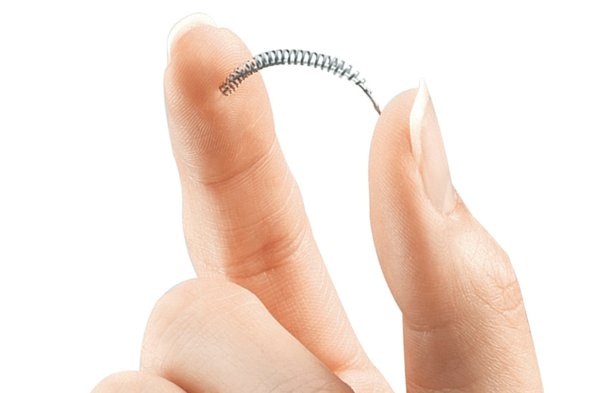