Police responded to a suspicious package delivered to Rep. Maxine Waters’ district office in South Los Angeles Tuesday, that was addressed to “Anne Thrax,” according to local authorities.

Parts of the office building were evacuated and the L.A. Police Department and a hazardous materials (HazMat) crew removed the package, which was determined to not be dangerous, according to a notice from the Los Angeles Fire Department.

LAPD spokesperson Mike Lopez said the department would also open an investigation into the incident, according to the Los Angeles Times. There were no reported injuries.

“There was no evidence of any dangerous substance at all,” Lopez said. “They’re probably going to investigate to see where this item came from.”

Waters, a Democrat who has represented California’s 43rd congressional district since 2013, has become a leading critic of President Donald Trump’s administration in recent months. In April, she called on Trump to “resign,” and last month expressed support for activists who confronted Trump officials in public to protest the administration’s “zero-tolerance” immigration policy.

Waters later clarified that she did not “call for harm” of Trump staffers, as the President alleged in a tweet. “I believe that protest is at the centerpiece of our democracy … And I think that protest is civil,” Waters said in an interview with MSNBC. “I don’t know why the President chose to stretch that out and try to imply that I was causing harm.”

Tuesday’s incident was not the first time Waters has been the target of a threat. The Congresswoman canceled two public events last month after she received “hostile mail” and “one very serious death threat.” 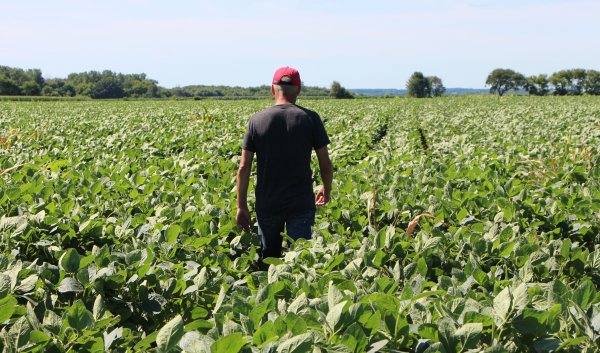 Republicans Fume at Trump's $12 Billion Plan to Aid Farmers
Next Up: Editor's Pick