Although Céline Dion has long been confirmed as a diva extraordinaire, a Las Vegas legend, and a street style star, she’s recently joined the ranks of the Internet’s elite: she’s the subject of a viral meme.

After Dion posted an epic Instagram of herself clad in a bright yellow suit and some serious shades, hitting a major power stance against the skyline of Bangkok, the Internet understandably had all of the feelings. Many were struck by Dion’s bossy pose, none more so that Matthew Cherry, who took to Twitter to ask his followers a very important question about Céline’s awe-worthy Instagram.

The Internet did not disappoint, rising to the challenge of Cherry’s query with plenty of hilarious and witty Céline-themed responses. 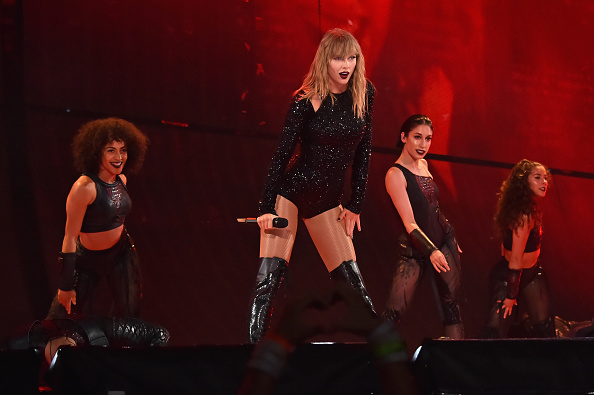 Taylor Swift Gracefully Recovering From a Fall Might Be Her Most Relatable Move Yet
Next Up: Editor's Pick