Suicide rates tend to rise during months with above-normal temperatures, according to a study published Monday that offers a new understanding of the potential link between climate change and mental health.

The article, which was published in the journal Nature Climate Change, analyzed data from thousands of American and Mexican neighborhoods over several decades and found that when temperatures rose 1 degree Celsius above the average in a given month, suicide rates climbed by about 0.7% in the U.S. and 2.1% in Mexico.

The researchers’ analysis of “depressive language” across 600 million social media updates suggested that overall mental wellbeing deteriorated during periods of higher than average temperatures as well.

The researchers, who controlled for other factors while examining the link between monthly temperatures and suicide rates, concluded that “suicide rates in both a developed and a middle-income country are robustly associated with local temperatures.”

The study’s authors predict that “unmitigated climate change” could result in between 9,000 and 40,000 more suicides in the U.S. and Mexico over the next three decades, “representing a change in suicide rates comparable to the estimated impact of economic recessions, suicide prevention programs or gun restriction laws.”

Recent studies have found that the Earth’s global temperature is on track to increase by more than 2 degrees Celsius over the rest of the century.

“The large magnitude of our results adds further impetus to better understand why temperature affects suicide and to implement policies to mitigate future temperature rise,” reads the study.

However, correlation does not imply causation, and many disparate factors contribute to suicide risk.

Several studies have shown links between climate change and mental health, whether direct or indirect. The study’s authors pointed to research from India that showed a link between crop-damaging temperatures and suicide rates.

This study’s authors focused on suicide since it is one of the top causes of death worldwide, particularly in wealthier nations. Suicide is the tenth leading cause of death in the U.S., according to the Centers for Disease Control and Prevention, and the suicide rate increased by more than 25% between 1999 and 2016. 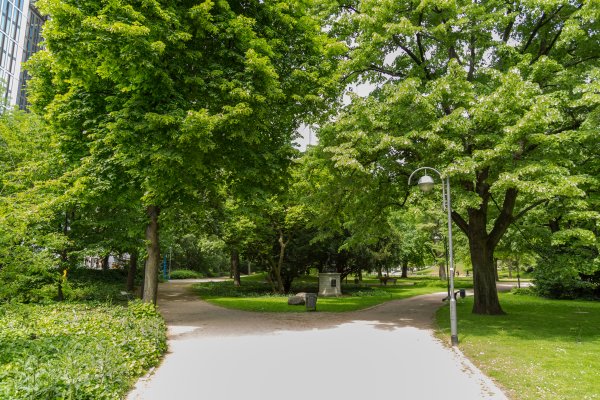 Turning Vacant Lots Into Green Spaces Can Improve Mental Health. Here's How
Next Up: Editor's Pick