A Defense Attorney Listened to R. Kelly's 19-Minute Song 'I Admit.' This Is What She Thinks

Singer R. Kelly performs in concert during the '12 Nights Of Christmas' tour at Kings Theatre on December 17, 2016 in the Brooklyn borough New York City.
Noam Galai—Getty Images
By Mahita Gajanan

R. Kelly’s new 19-minute song “I Admit,” which addresses many of the sexual abuse claims made against the R&B singer over the last several years, could be used against the singer in a court of law, a criminal defense attorney who listened to the 19-minute track says.

While Kelly’s lyrics as a whole do not point to any criminal wrongdoing, criminal defense attorney Julie Rendelman tells TIME, she says the song could be used to cross-examine the singer if he were ever put on trial.

“He doesn’t make any real admissions, but he certainly doesn’t help his case,” Rendelman says. “I don’t think anything good comes out of this other than him hoping he can make some money.”

Because there is not a specific criminal case against Kelly currently pending, Rendelman says it is tough to tell whether a judge would find the lyrics relevant. But, she says, the lyrics could be used in court in a future case, depending on the subject matter and accusations. For example, Kelly says in the song that he “done fucked with a couple of fans.” If a fan were to later accuse Kelly of sexual misconduct, he has already admitted to having sexual contact with her, Rendelman says. A representative for Kelly did not immediately return TIME’s request for comment.

“If an individual makes a claim that he raped them and they were a fan of his, he admits in his lyrics that he had sex with his fans,” she says. “There’s an argument to be made that those lyrics are admissible.”

Kelly has faced numerous allegations from women over the years. In a May lawsuit, a woman accused Kelly of sexual battery, infecting her with herpes and locking her in rooms as punishment. Her allegations are also the subject of a Dallas police investigation and Kelly has not yet commented publicly on them (a representative for Kelly told the Washington Post he “categorically denies all claims and allegations” from the Dallas complaint). A BuzzFeed report published last year said the singer was holding multiple women captive (Kelly denied the allegations).

Kelly’s lengthy song addresses his denial of the allegations he held women captive in what some called a “sex cult,” his attraction to younger women, being sexually abused as a child, his relationship with the late singer Aaliyah and Spotify removing his music from its playlists. Among many other things, he also mentions reporting by Jim DeRogatis, who has followed accusations of sexual misconduct against Kelly for more than two decades. Kelly says he’s been “falsely accused,” by DeRogatis in “I Admit.”

In one verse of the long song, Kelly sings: “I admit I fuck with all the ladies, that’s both older and young ladies / But tell me how they call it pedophile because that shit is crazy.” In another, he appears to address the parents of Jocelyn Savage, who told BuzzFeed in 2017 that she was being held captive by Kelly. “If you really, really wanna know / Her father dropped her off at my show / And told this boy to put her on stage,” he says, later adding, “Don’t push your daughter in my face, and tell me that it’s okay / ‘Cause your agenda is to get paid, and get mad when it don’t go your way.”

According to Rendelman, none of those lyrics point to an actual crime. But with one lawsuit already pending against Kelly, Rendelman says, the lyrics could help prosecutors in the future.

“Anything at all you say when you’re in the midst of a criminal investigation can be interpreted in many different ways,” she says. “We always tell our clients, ‘You may think that by saying I didn’t do it, that helps, but there’s always a chance for a prosecutor to find something in what you said that does not support your position.'” 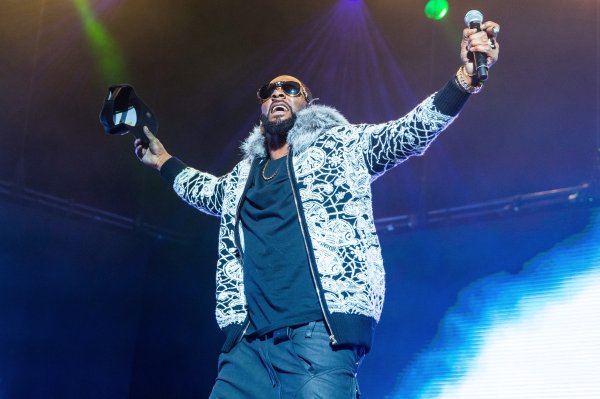 R. Kelly Says He's 'Made Some Mistakes' on New 19-Minute Track 'I Admit'
Next Up: Editor's Pick