It Started With Alleged Fish Tank Thieves Getting Away on a Motorcycle. Then It Got Even Stranger

Police received a call at 11:30 a.m. from a PetSmart pet store on Youngstown Warren Road in Niles, Ohio about two men who allegedly shoplifted a large fish aquarium and fled on a motorcycle, according to a post on the Niles Police Department’s Facebook page.

A cop who was responding to the call said he saw the motorcycle pass him on a nearby road and began pursuing the suspects. At that time, police say the passenger who was holding the fish tank, later identified as 52-year-old Mitchell Adkins, jumped off the motorcycle and broke the aquarium.

After Adkins fell off the motorcycle, police chased after the operator of the motorcycle but initially lost track of him. A few minutes later, the motorcycle was found abandoned on a nearby street — prompting police to search the area. During their search, police found a “nervous looking man,” according to the Facebook post. The man, who was later identified as Christopher M. Binion, initially said he saw the suspects run off, but a cop who was involved in the motorcycle pursuit was called to the scene and identified him as the bike’s operator.

Both men were charged with theft. Binion is also facing various traffic-related charges. 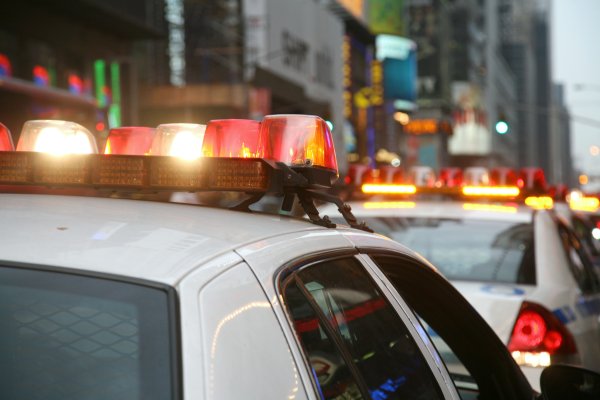 One Dead After Shooting at a Mormon Church in Nevada
Next Up: Editor's Pick