Since the start of the Russia probe, President Donald Trump has argued several times that new reports or documents have proven that he did nothing wrong. But in each case, the newly released information doesn’t say exactly what Trump claims it does.

In some cases, it actually makes Trump look worse.

Over the weekend, Trump argued repeatedly on Twitter that a warrant in the Foreign Intelligence Surveillance Court for former campaign adviser Carter Page shows that the Special Counsel Robert Mueller’s investigation is “discredited” and based on a “hoax.”

But legal experts who have been following the case say the parts of the warrant released in full do not appear to back up Trump’s arguments.

Trump has long argued that the FBI was not forthcoming about the role that a dossier compiled by former British spy Christopher Steele played in getting the FISA warrant approved, arguing that the dossier is “opposition research” since Steele worked for a firm that was retained by Democrats and Hillary Clinton’s campaign.

But Asha Rangappa, a former FBI agent who now teaches at Yale Law School, notes that the 412-page FISA warrant application clearly includes a number of sources other than the so-called Steele dossier and that the special investigation is much larger than just Page.

“The Carter Page investigation is only one investigation of many in the Mueller probe,” Rangappa told TIME. “When I look at that FISA application, what I see is that this is just one part of a lot of other words that have been redacted. We don’t know what those other words say. [Based] on my experience, it would lay out a lot of what they’ve uncovered in other parts of the investigation using other techniques.”

Read More: The 200 Arguments Trump Has Made About the Russia Investigation

David Kriss, an attorney who previously worked in the Justice Department, noted that the warrant also undermines a key argument about a memo written for Republican Rep. Devin Nunes and released in February, which was that the FBI put the key information about Steele’s potential bias in a footnote which could be easily overlooked. Writing for the website Lawfare, Kriss noted that the footnote in question is over a page long.

“There is literally no way the FISA Court could have missed it,” he wrote.

Trump’s claims about the FISA warrant follow a pattern he’s set after other releases, including former FBI Director James Comey’s memos of his interactions with the President, his June 2017 testimony to Congress about those memos, the Nunes memo, a Democratic response to Nunes, an inspector general’s report on the FBI and a House intelligence committee report.

In each case, Trump either argued that he was vindicated or falsely claimed that the documents show that there was no collusion between the Trump campaign and Russia.

The Comey memos are the first example and also one of the most contradictory.

After Trump fired the now-former FBI director, Comey gave a friend a copy of a Feb. 14, 2017 memo in which he described how Trump asked him to “let go” of the investigation into former National Security Advisor Michael Flynn, with instructions to leak some of its information to The New York Times. Comey later told Congress that he hoped the leak would spark the Justice Department to appoint a special counsel, which it did.

Trump argued that the Feb. 14 memo and others that Comey wrote were “phony,” “self serving and fake,” claiming that he never asked him to drop the investigation or asked for personal loyalty. But when the Justice Department later sent the memos to Congress, Trump then claimed that they vindicated him.

“James Comey Memos just out and show clearly there was NO COLLUSION and NO OBSTRUCTION,” Trump wrote in an April 19, 2018 tweet.

The fact-checking website PolitiFact rated that claim “pants on fire,” noting that “nowhere in Comey’s memos does he say that Trump did not collude or obstruct justice.”

Trump made a similar argument after Comey testified to Congress, arguing that his testimony was inaccurate while also claiming that it exonerated him.

This was testimony in which Comey said, with occasional flashes of anger, that Trump’s characterization of his conduct at the FBI and the bureau’s internal affairs were “lies, plain and simple” and claimed he wrote one memo because he was concerned Trump “might lie about the nature of our meeting.”

“As he said yesterday, the President feels completely vindicated and is eager to continue moving forward with his agenda with this public cloud removed,” his then-attorney Marc Kasowitz said after the testimony. Trump echoed that line a day later. “Despite so many false statements and lies, total and complete vindication,” Trump tweeted.

Trump used similar wording after the release of the Nunes memo, which was harshly criticized by Democrats on the House intelligence committee over its descriptions of the Page FISA warrant.

“This memo totally vindicates ‘Trump’ in probe,” Trump wrote on Twitter. “But the Russian Witch Hunt goes on and on. Their was no Collusion and there was no Obstruction (the word now used because, after one year of looking endlessly and finding NOTHING, collusion is dead).”

When House Democrats wrote a minority report on the Nunes memo, Trump claimed that also vindicated him, even though the report argued that the FBI had been forthcoming in disclosing Steele’s potential bias and the fact that he was conducting opposition research and that the agency followed proper procedures in its handling of the warrant.

“The Democrat memo response on government surveillance abuses is a total political and legal BUST,” he wrote on Twitter. “Just confirms all of the terrible things that were done.”

When the House Intelligence Committee released its final report on the Russia probe, Trump again claimed vindication, but he soon began overstating the case. The report said that the committee found no evidence that the Trump campaign had worked with Russia, but Trump soon started saying that it had actually found that the Trump campaign had not worked with Russia, a very different claim.

“As the House Intelligence Committee has concluded, there was no collusion between Russia and the Trump Campaign,” he wrote in a tweet.

Speaking to the press in July, Trump went further, saying the House had “strongly” found that there was no collusion.

— with reporting by Alana Abramson 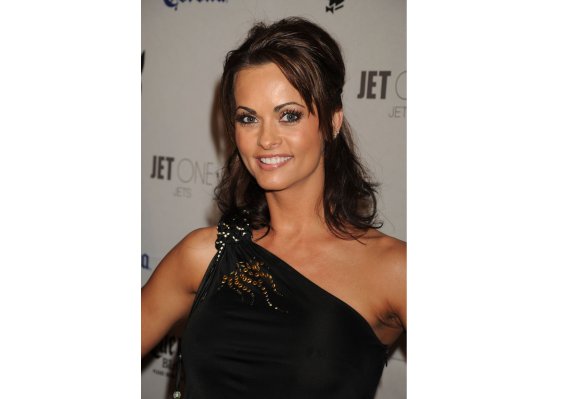