A New Law Shifts Israel Away From Democracy

Demonstrators attend a rally to protest against the "Jewish Nation-State Bill" in the Israeli coastal city of Tel Aviv on July 14, 2018.
Jack Guez—AFP/Getty Images
Ideas
By Ilene Prusher
Prusher is a journalist, author and lecturer. She was a foreign correspondent for The Christian Science Monitor from 1996-2010, where she covered the wars in Iraq and Afghanistan and served as the newspaper’s bureau chief in Jerusalem, Istanbul and Tokyo. Most recently she served as Jerusalem correspondent for TIME Magazine, a columnist for Haaretz, and a program host on TLV1 Radio.

For 70 years, Israel has been sitting on a contradiction.

From the time its founders inked their Declaration of Independence in the shadow of war against Arab neighbors, Israel defined itself as a Jewish state—one that gave Jews a safe haven after the horrors of the Second World War. But the country’s foundational document signed in May 1948 also promised that Israel would “ensure complete equality of social and political rights to all its inhabitants irrespective of religion, race or sex.” It guaranteed “freedom of religion, conscience, language, education and culture.”

Seven decades later, it has become harder than ever for Israel to strike a balance between being a Jewish state and promising equal rights to all. The government of Prime Minister Benjamin Netanyahu just tipped the scales—or rather, yanked them—in the direction of promoting the state’s Jewish character. It’s not clear that the equality outlined in the founders’ vision statement remains a goal. It’s certainly far from reality.

Early Thursday, Israel’s parliament passed what’s known as the Nation-State Law, versions of which had been kicking around the chambers of the Knesset for seven years. To some, the law simply codifies what much of the world already thought was a given: that Israel is the historic homeland of the Jewish people, though it claims “the unique right to nation self-determination” that is central to the conflict with the Palestinians.

But this isn’t just a game of identity politics: the new law provides legal teeth for discrimination that is currently de facto, particularly in the important area of housing. It makes no reference to equality but says that the state “places national value on development of Jewish settlement and will act to encourage and promote its establishment and consolidation.”

The new law essentially makes discrimination constitutional, according to Mordechai Kremnitzer, professor emeritus of the Faculty of law at the Hebrew University of Jerusalem, writing in the Israeli daily Haaretz. He argues that the new law essentially treats Arabs as if they are trespassers in Israel, and constitutes the start of their “actual transfer” from the land.

Adalah, the Legal Center for Arab Minority Rights in Israel, agrees that it not only codifies discrimination, but also creates a situation in which Arabs are forced to participate in that discrimination because they bear equal tax burdens as citizens.

To look at the Nation-State Law simply as a civil rights issue would be to miss the bigger picture of the stalled peace process that successive governments—and the Trump administration—have promised to rejuvenate. The roots of this new law go to the heart the of Israeli Right’s greatest fears about making peace with the Palestinians. Israeli nationalists theorize that even if Israel would agree in the future to the creation of a Palestinian state, Palestinian citizens of Israel— also known as Israeli Arabs—will eventually demand autonomy in large swaths of the country, possibly even demanding annexation to the neighboring Palestinian state, leading to the gradual destruction of Israel as we know it.

This has been at the heart of arguments by Avigdor Lieberman, now serving as Defense Minister. He has suggested Israel swap land with a future Palestinian state to reduce the number of Arabs in Israel and campaigned on having Israelis of every stripe sign a loyalty pledge or lose their citizenship. Though fears about the chipping away of Israel might seem overblown to some, it’s a scenario Netanyahu’s circles take seriously. Israel constantly watches its demographic balance, fearing the loss of a Jewish majority. In February, Justice Minister Ayelet Shaked said Israel must maintain its majority even at the expense of human rights.

And so Israel has passed a law that sends a message to the 22% of Israeli citizens who are Arab — that Israel considers them second-class citizens, and essentially as a threat from within. The new law even downgrades Arabic, long an official language of Israel alongside Hebrew, and gives it “special status” instead. Yousef Jabareen, an Israeli Arab member of Knesset, worries it will make it easier for the state to ignore the needs of Arabic speakers and defund programs in Arabic media and education.

“The law encourages hatred against Arabs and enables exclusion,” says Jabareen, who served on a Knesset committee studying the Nation-State Law. “The same racist rationale could go into other areas. Maybe they’ll start segregating public pools. One day for Jews, one days for Arabs. Why not public transportation, like buses? It’s a dangerous opening of the door to more discrimination.”

Other minority groups in Israel view the passage of the bill with alarm. On Sunday, members of Knesset and other officials belonging to the Arabic-speaking Druze minority appealed to Israel’s highest court to strike down the law as unconstitutional. Several rights groups plan to follow suit with challenges to the law.

But legal experts say it’s not so clear that the court will intervene. Several liberal judges have retired in the last few years and have been replaced with conservative ones. And, as in the U.S., conservatives in Israel have complained about “activist” judges who are not meant to legislate. This backdrop makes it more likely that judges will wait for specific cases to reach them rather than rush to rule on the new law’s constitutionality.

The Nation-State Bill’s passage comes amid evidence of an overall shift in Israeli society that has caused dismay among centrist and progressive Israelis. A new law introduced Thursday expands access to surrogacy for everyone but single men and same-sex couples, provoking demonstrations and strikes. The same day, a Conservative rabbi was arrested in Haifa for the crime of performing a wedding. Only Orthodox rabbis are legally allowed to officiate at Jewish weddings in Israel, and since 2013, marrying a couple or agreeing to be married by a non-sanctioned rabbi is a criminal offense. Rabbi Dov Hayoun’s arrest for a crime that until now has not been enforced has outraged American Israelis. When he was released after his interrogation, he began this Facebook post with, “Iran is Here.”

That may be a stretch, but his words hit a nerve: Be it making room for differences within Judaism or making room for minorities, Israel is looking a little less democratic by the day.

The question now is whether this kind of “democracy lite” is here to stay or whether this is just a phase Israel’s going through. It may be that Israel, which already has its most right-wing government in its history, is being further encouraged by the nationalist fervor that is sweeping through parts of West. Some of the leaders Netanyahu connects most with—U.S. President Donald Trump, Russia’s Vladimir Putin, Hungary’s Viktor Orban—are also men for whom tolerance of minorities, a feisty press and checks and balances are low on their lists of social goods. They’re betting that people will accept that, in exchange for their own security and prosperity, less is more. Less freedom, that is, for anyone who isn’t one of “us.”

The answer depends on whether enough Israelis, or friends of Israel, become uncomfortable enough to act. To stop the direction the Knesset chose to veer in on Thursday, it would take an election that brings Israel back to the center or a few bold justices keen to save Israel as a democracy. The shift may not be temporary, but neither is it irreversible. 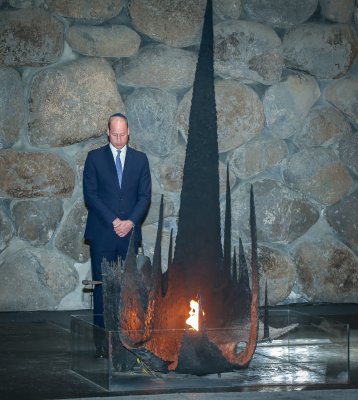