Newly elected President of Mexico Andres Manuel Lopez Obrador speaks during a press conference after a meeting between himself and President of the CONCAMIN Francisco Cervantes Diaz at Hyatt Regency Polanco hotel on July 9, 2018 in Mexico City, Mexico.
Carlos Tischler—Getty Images
By Justin Villamil / Bloomberg

In a letter to Trump, delivered July 13 and read aloud by his proposed foreign minister Marcelo Ebrard at a press conference Sunday, Lopez Obrador said U.S. and Mexican administrations should work together on key themes including trade. Other areas mentioned by Lopez Obrador included migration, development and security.

“Prolonging the uncertainty could slow down investments in the medium and long-term,” Lopez Obrador wrote in the letter, which was posted to his website. “I propose to resume negotiations with the participation of representatives from Mexico, Canada and the United States.”

Trump said July 18 that he may prioritize a separate trade deal with Mexico after “very good discussions” with Lopez Obrador. The U.S., Mexico and Canada have failed to nail down a deal to alter Nafta after almost a year of talks, with wide differences remaining over such issues as auto-content rules and a sunset clause.

Lopez Obrador said that his transition team would begin working with the current government’s negotiators. The president-elect will be inaugurated Dec. 1 after decisively winning presidential elections at the beginning of this month.

The letter also called on the U.S. to work with Mexico and Central American countries on a development plan that would address the root causes of migration. The initiative would try to tackle poverty and violence that forced people to migrate in the first place, and strengthen borders. He suggested a fund that would foster development in the region.

Lopez Obrador said the Trump administration has received the letter, and a response is expected soon. 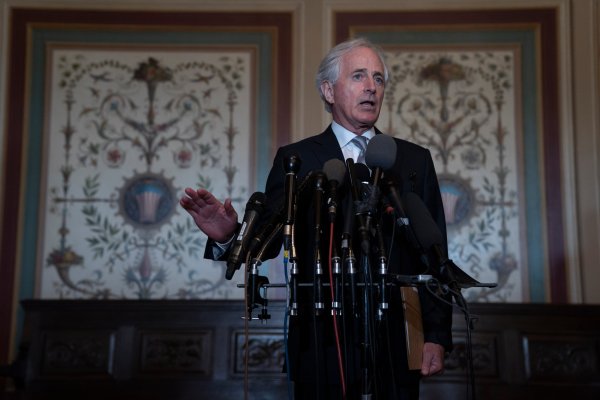 Senate Votes for Role in Trump's Rising Tariff Decisions
Next Up: Editor's Pick