Marjorie Liu at the 2013 Norman Mailer Center gala at the New York Public Library on October 17, 2013.
Photo by D Dipasupil/FilmMagic
By Jamie Ducharme

Liu took home a Best Writer Eisner Award for her work on the epic fantasy Monstress, which she described as a story about a “young woman who belongs nowhere” and “young women who fight, who tame, who are consumed—and who become monsters in their own right.”

The novelist, comic book writer and attorney expressed shock at being the first woman in the award’s 30-year history to win the writing prize. She shared the honor this year with Tom King, who wrote Batman, Batman Annual #2, Batman/Elmer Fudd Special #1 and Mister Miracle.

The 2018 Eisner winners were announced Friday night at Comic-Con International in San Diego. Other notable winners include Roxane Gay, Ta-Nehisi Coates and Alitha E. Martinez, who took home the Best Limited Series award for their work on Black Panther: World of Wakanda.

Liu, along with illustrator Sana Takeda, also won the Best Continuing Series and Best Publication for Teens (13-17) Eisners for Monstress. 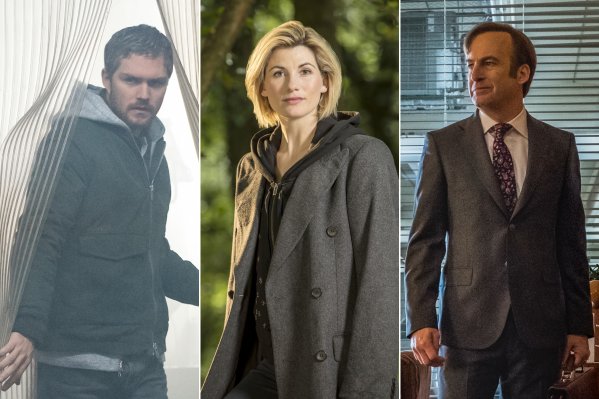 Here Are All the Best Trailers From Comic-Con 2018
Next Up: Editor's Pick