Officials from Germany to Japan and South Africa at the Group of 20 meeting of finance ministers in Buenos Aires rejected Trump’s unilateral stance, while working to build consensus on a final communique that would avoid upsetting Washington. G-20 members traditionally cap their meetings with a communique that summarizes key policy recommendations.

“The mere talking about it, the ratcheting up of the rhetoric does affect confidence, does create uncertainty, and will already have influenced behavior even before the first shot was fired,” Mminele said in an interview in Buenos Aires.

Trump on Friday threatened to deepen the trade war with China by slapping tariffs on just about all of its exports to America, while blasting currency policies in China and Europe and criticizing monetary policy at home. Treasury yields on Friday climbed the most since May following the president’s remarks, and the dollar weakened the most since March.

But Germany’s Finance Minister Olaf Scholz was categorical in rejecting Trump’s claims that Europeans game their currency. “The European Union carries out very rational policies, which are not geared at artificially creating economic successes through currency levels,” he told reporters.

“For the U.S. economy and the global economy, that is not a negative,” he said.

Indeed, allowing the Fed to pursue its own monetary policy is essential, said Christine Lagarde, head of the International Monetary Fund. 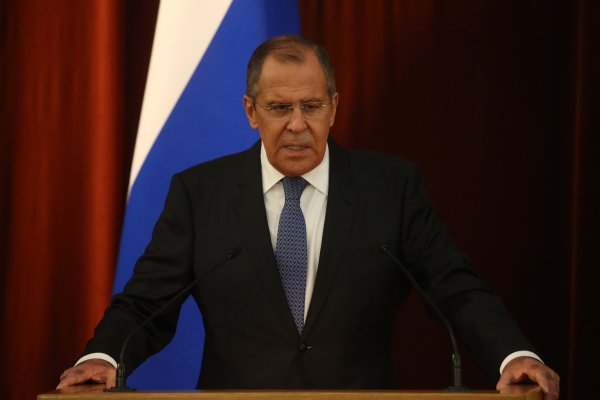 Russia Tells U.S. That Arrest of Butina Is Unacceptable
Next Up: Editor's Pick