Speaking on the sidelines of the Group of 20 nations summit, Mnuchin tried to assuage investor concerns that a currency war was looming. In a series of tweets on Friday, Trump lashed out at China and the European Union for their weak currencies and said a stronger dollar and rising U.S. interest rates are undermining America’s “competitive edge.”

Trump is a real-estate businessman and, as such, closely follows interest rates, Mnuchin told reporters. His comments weren’t intended to jeopardize the Fed’s independence, the secretary added.

While most analysts said Trump’s comments wouldn’t influence the Fed, some raised concerns that any rate decision could now be seen by investors in a political context. 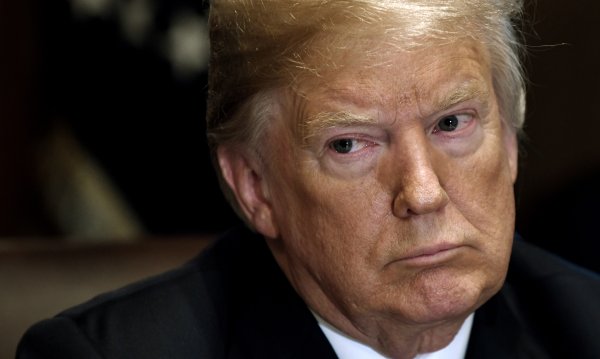 Trump Says He Holds Putin 'Responsible'
Next Up: Editor's Pick