Rep. Jim Himes is so confident that Democrats will recapture the House of Representatives in the fall elections that he’s wearing a tie with tiny blue waves on it.

But sitting at a high-top bar table in Columbus, Ohio, recently, the chairman of the 68-member New Democrat Coalition fretted that his party could still blow its chance by veering too far to the Left in reaction to President Donald Trump.

The latest irritant for him: a proposal to scrap Immigration and Customs Enforcement, the agency which is at the center of Trump’s most controversial border policies.

“It harms us in areas where we need to win,” Himes says. “To my progressive friends who got excited about Abolish ICE, I understand the emotions, the moral vacuum that is involved in splitting up families. But when you go out there and say, ‘This is who we are,’ you’ve now made life harder for the 60 or 70 Democrats fighting in districts where we need to win if we ever want to be in the majority.”

“Abolishing ICE is not a real political proposal,” he adds with pique.

A Harvard- and Oxford-educated former Goldman Sachs banker-turned-Congressman from Connecticut, Himes was in Columbus for three days of formal seminars and impromptu conversations with other middle-of-the-road pragmatists.

Much of the talk at the Opportunity 2020 conference revolved around fears that Democrats might embrace too strongly an agenda pushed by those like Sen. Bernie Sanders, the independent from Vermont who sought the Democratic nomination in 2016, hurting them among the more conservative districts and states they need to win to retake power in Washington.

“The party is not going to go in the direction of Sanders-style socialism, because it’s not winning on the issues and it doesn’t win politically except in a very, very limited number of places,” Third Way President Jonathan Cowan told TIME between strategy sessions. “It’s going to go in the direction that won it two presidencies — the last two, two-term Democratic presidents were mainstream Democrats — and what is going to get the House back.”

Democrats need to net 23 seats this November. History and polling alike say it’s possible; the party that controls the White House tends to have a dismal showing in the first midterm elections. The most recent campaign finance reports show Democratic challengers in 56 districts out-raised Republican incumbents.

Despite these good signs, party insiders like Cowan — and his guests from 20 states who accepted his invitation to Ohio — warn that candidates whose platforms don’t match their districts could squander those odds. While Sanders’ approach to policy gets headlines and inspires some idealists to open their wallets for low-dollar donations, Cowan and crew warn it could spell disaster if accepted blindly.

“If you don’t have a serious debate when you’re this far in the wilderness about what you stand for and where you want to go, what’s the point in getting out of the wilderness?” said Cowan, whose group convened this invite-only conference. “Democrats are in the deepest possible hole they’ve been in, in 100 years.”

Judging from the decibels in American politics at this moment, the far Left appears to have the advantage in building the ladders out of that hole — or keeping the party in it. In California, incumbent Sen. Dianne Feinstein lost out on the state party’s endorsement to a Democratic state legislator. Feinstein, like many of her colleagues, regularly faces protests outside her offices for not being sufficiently anti-Trump. In New York, a self-described Democratic Socialist unseated a potential future Democratic leader in a primary. And groups broadly cast as the Resistance are backing candidates and turning out thousands of protesters with ease.

Yet, below the surface, there is a quiet and intensely moderate strain of Democrats who see a slightly different path back to the majority.

“There’s the narratives that’s out there, well, ‘It’s the far, far, far Left. It’s the Democratic Socialists.’ The other narrative is, ‘The path to victory goes through places like Ohio and Illinois and Iowa and Minnesota.’ I happen to believe the latter narrative,” said Cheri Bustos, the Democratic Congressional Campaign Committee’s chair of Heartland Engagement who is guiding candidates in 12 states.

Borrowing a phrase from Richard Nixon’s playbook — later repurposed by Trump — the Illinois Democrat continues: “If you look throughout the heartland, there’s a Silent Majority who just wants normalcy, just wants to see that people are going to go out to Washington and fight for them in a civil way and get something done.”

Separately, Oregon state Treasurer Tobias Read told TIME that it’s easy to miss the strength of middle-of-the-road ideas. “There’s a lot of energy and possibility and positivity that resides in places that can easily get overlooked,” he said. Democrats, he said, miss them at their own peril.

More Americans identify as conservative than liberal in surveys, though that gap has narrowed in recent years, and centrist Democrats warn that liberal ideas winning headlines right now may also win Trump a second term if the Democrats choose a nominee who veers outside of the mainstream.

Instead, they argue, victory might go right up the middle and away from extremes at both ends of the political spectrum.

“This is the battle that moderate Democrats are having to fight, debate and ensure [so] that we don’t go in that direction, because it serves no one,” said Rep. Norma Torres of California. “It is not going to serve our constituents well if we become so far to the Left like the Right became so far to the right that when the tea party flags came down in my district and pink hats went up, it still didn’t make it easy to legislate.”

There is evidence that the far-Left appeal has its limits. In Virginia, for instance, progressive Tom Perriello lost his 2017 primary to moderate Ralph Northam in the Democratic primary for Governor, 56% to 44%. In Colorado, a ballot measure about a single-payer health system failed, 79% to 21%; in liberal Boulder County, it won just 38% support. Vermont, which had such a system, repealed it.

And where progressives have prevailed in primaries, they’re largely inconsequential. For instance, most of the candidates backed by a Sanders-backed group, Our Revolution, have prevailed in districts that are expected to remain in Republican hands after November’s elections. Where they have won, such as a recent primary upset of 28-year-old self-declared Democratic Socialist Alexandria Ocasio-Cortez over the number-four Democrat in the House, Joe Crowley, the results will do nothing to help Democrats reach the 218 votes needed to claim the majority.

“The game of politics is a game of addition, not subtraction. It’s the game of multiplication, not division,” said Steve Benjamin, the mayor of Columbia, S.C.

That consideration is what animated many of the discussions, on stage and in the wings of the conference. “We’ve got to focus on how we get back into power,” Rep. Tim Ryan of Ohio told TIME over coffee. “The question is going to be who goes beyond Left and Right. We are so far beyond the old labels that it’s not even funny.”

Still, those labels could ding some fringe candidates if their voices crowd out the mainstream, cautioned leaders. Others warned that just because an idea is popular with donors or voters doesn’t mean all politicians have to adopt it as their own. “Voters will forgive you for believing something they don’t also believe, as long as you know you truly believe it,” said Jason Kander, a former Missouri Secretary of State who is running to become mayor of Kansas City. First, though, Democrats have to figure out what they believe in.

And, at the end of three days, it’s clear that uncertainty is going to remain for a while.

“I don’t think we have our sea legs under us in terms of our party,” Iowa state Sen. Jeff Danielson told TIME as he prepared to leave the conference site for the airport. “I think there may end up being a bimodal thought process in the party as you have some new and energized, and you have some older and more stable elected officials.”

That two-pronged approach may be the best these Democrats can hope for, to let far-Left candidates run their races in places open to their pitches to scrap ICE and to nationalize health care. But in places like here in Ohio, where five House races are ranked competitive, fielding moderate candidates who can peel off some Republican and independent votes is seen as the only way back to a Democratic majority. It won’t be sexy. But it’s unlikely to matter if Democrats claim the Speaker’s gavel in early 2019. 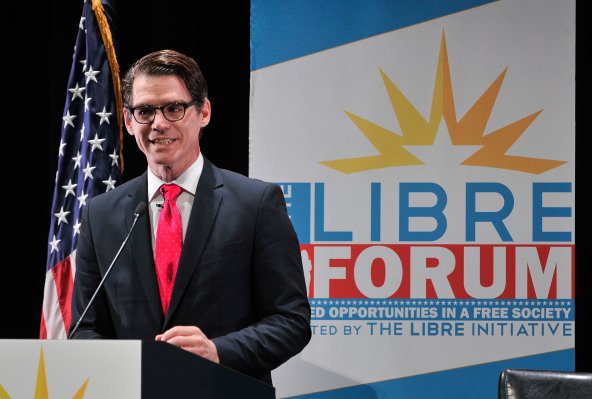