The Surprising Story of World War I's Only Attack on U.S. Soil

These days, Cape Cod is best known as a summer vacation destination, but a century ago it was also the setting of the only World War I attack on American soil.

At about 10:30 on Sunday morning, July 21, 1918, the German submarine U-156 surfaced three miles off Cape Cod and began firing torpedoes and shells at an unarmed 140-foot-long tugboat called the Perth Amboy and four accompanying barges.

The barges were sunk and still inhabit those waters. The Perth Amboy was severely damaged but, after repairs, managed to see three more decades of useful life.

All 32 persons on the tugboat and barges were rescued thanks to the efforts of the Coast Guard. Two of these rescued persons were injured in the attack and were transported by train to a Boston hospital.

The attack lasted upwards of 90 minutes, during which time the Germans fired almost 150 shells. Several of these shells landed upon Nauset Beach on the town of Orleans. This U-156 submarine did not have good aim, which is why many believe that the shells that landed on Nauset Beach were actually intended for the tugboat and its barges.

Pamela Feltus, Executive Director of the Orleans Historical Society, says that “we’ll never know” if these shells intentionally struck land. But she adds that if she were faring as poorly as the U-156 shooter, she “would probably give up aiming for something as small as a barge and just shoot everything.”

A sign describes where a German submarine three miles offshore on July 21, 1918, attacked a tug and barges and where artillery shells struck the beach below on NausettHeights in East Orleans, Mass. (Photographed in 2016)
Robert Nickelsberg—Getty Images

Despite being a unique event, the Attack on Orleans was not entirely out of the blue. The Germans had recently sunk a British and a Swedish vessel off the coast of nearby Nantucket.

Germany was then at the cutting edge of submarine technology, and its navy had begun to make a habit of using U-boats to indiscriminately sink foreign vessels. Often, these attacks were in violation of international law. In fact, it was a U-boat’s 1915 sinking of the Lusitania — which killed almost 1,200 civilians, including 128 Americans – that had helped prompt the U.S. to enter WWI.

Although the submarine had been around for about 50 years, WWI was the first major stage to showcase this type of weapon — one highly conducive to a stealth attack.

So, as Larry Pletcher’s book Massachusetts Disasters: True Stories of Tragedy and Survival relates, local fishermen were already nervous at work and some residents in normally tranquil communities on the outer Cape feared a German invasion. For such residents, the fear of invasion would have intensified when the first German shell — misfired or not — hit land.

Fortunately for the U.S. side, the nearby Cape town of Chatham had an air base, from which two planes lifted off. Upon reaching the waters off Orleans, they attacked the German submarine, each of them dropping a large bomb called the Mark IV.

However, these Mark IVs, which were notorious for malfunctioning, failed to detonate. But apparently the Germans were unaware that the American bombs were duds, because the U-156 disappeared beneath the water and headed back into the Atlantic.

Many residents and likely a few summer vacationers had gathered at the beach to get a prime view of the action, as if the submarine attack were a solar eclipse. The day after the attack, the Boston Post newspaper stated that, “No moving picture manager could have staged a sea battle more effectively for the thousands of summer visitors.” Other accounts hold that it was actually about 800 persons who witnessed this event, which became known as the “Battle of Orleans” or the “Attack on Orleans.”

Though many regarded the Attack as an oddly entertaining event, some remained concerned about the prospect of a more effective German encore. Feltus relates how the local State Guard commander contacted the Department of War in Washington, D.C., requesting the delivery of artillery to his beachfront property in case of future attacks. The commander’s request was denied.

The U-156 never again bothered Cape Cod, though it did manage to sink some fishing boats off the shores of Maine and Canada, before heading back to Europe and ultimately meeting a watery grave somewhere in the North Sea.

Though the attack’s circumstances were remarkable, its death toll was zero — quite a fortunate statistic considering all the millions of combatants, including more than 100,000 American, and civilians killed in WWI. Likely this massive loss of life is part of the reason why the non-lethal Attack on Orleans fell into obscurity.

Feltus hopes that the town’s centennial commemorations — such as an exhibition at the Historical Society and a July 21 ceremony on Nauset Beach — will improve awareness, at least regionally, about the Attack. “This is a fascinating story in U.S. history,” she says. “But as is true with most interesting historical stories, it will probably be forgotten until the next anniversary. Our goal is to keep it alive in the town at least so when people come visit, they learn about it. And that will probably happen.” 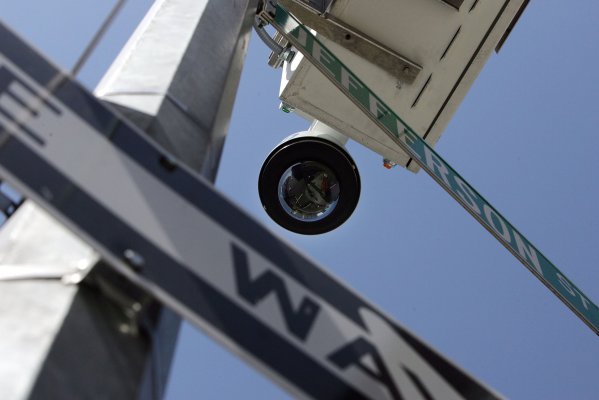 What Is Privacy? The Answer Has Been Changing for Decades
Next Up: Editor's Pick