Jimmy Kimmel is ready to offer the solution for “Trump Derangement Syndrome.”

On Wednesday’s Jimmy Kimmel Live! aired a spoof drug commercial for “ReZine.” It’s a fake miracle drug for one patient only – the President Donald Trump – to help relieve a number of symptoms Kimmel thinks he’s observed.

Popularized by conservative media, the term “Trump Derangement Syndrome” is actually used to describe the President’s detractors working themselves up over his words or actions.

But Trump has embraced it, using the term in a tweet aimed at bipartisan critics of his summit with Russian President Vladimir Putin on Wednesday.

But Kimmel thinks “Trump Derangement Syndrome” means something completely different. In fact, he used it to advertise an aid designed specifically for the President in an absurd mock ad.

“Fortunately help is on the way,” he said as he introduced the parody.

“Do you feel like the world is out to get you?” the female voiceover asks over a clip of Trump discussing Mueller’s investigation. “Do you falsely claim to have said things you didn’t mean to say?” she asks before the clip cuts to his claim that he misspoke when declining to criticize Russian election meddling reported by the U.S. intelligence committee.

Watch the full spoof below. 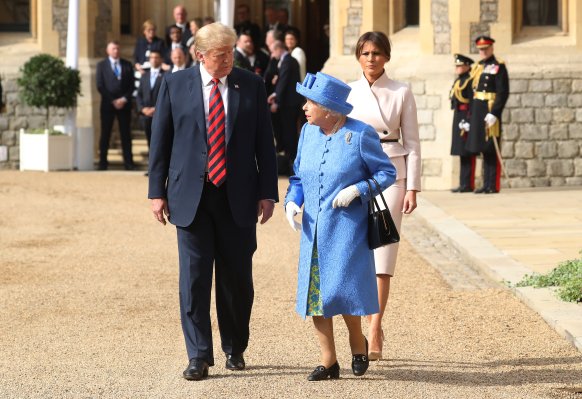 Jimmy Kimmel Is Convinced the Queen Trolled Trump
Next Up: Editor's Pick