Former White House Press Secretary Sean Spicer both acknowledged that Russia meddled in the 2016 presidential election and denied any collusion from President Donald Trump and his campaign during an appearance on NBC’s Today show Thursday.

“I think it’s very important to be clear that Russia meddled in our election and there’s no evidence of collusion,” Spicer told anchor Savannah Guthrie.

When asked by Guthrie whether Special Counsel Robert Mueller’s Russia investigation is a “witch hunt,” as Trump has repeatedly called it, Spicer said he has “seen no evidence that it is,” before doubling down on his denial of collusion.

Guthrie also questioned Spicer, who appeared on Today to promote his forthcoming book The Briefing, about Trump’s contradictory comments about Russian meddling this week. Trump initially denied that there had been meddling during a joint press conference with Russian President Vladimir Putin on Monday, then reversed his comments and claimed he misspoke.

“I’m glad that he clarified his comments, put it that way,” Spicer said on Today, later adding that the President “clearly said that he meant to say something different.”

When pressed by Guthrie about other inflammatory comments Trump made during the press conference — the President called Putin “extremely strong and powerful in his denial” of meddling, and said he holds “both countries responsible” for strained relations — Spicer responded by saying, “I’m not going to defend anything. That’s not my job anymore.”

Despite his abrupt resignation last year, Spicer remained loyal to Trump during the interview, telling Guthrie that Trump is a truthful person and “the ultimate salesman.” 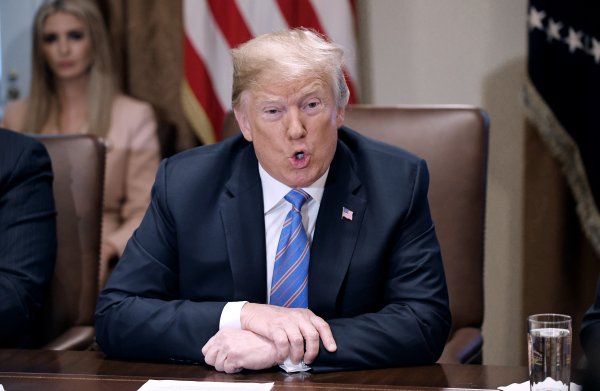 President Trump Says He Believes U.S. Intelligence – Then Bashes a List of Former Officials
Next Up: Editor's Pick