Nancy Barbato Sinatra Was the Steadying Force Behind the Voice

Frank Sinatra and Nancy Barbato Sinatra at the Mocambo in Hollywood on Jan. 11, 1949; they were married from 1939 to 1951.
New York Daily News Archive/Getty Images
Ideas
By Abigail Abrams
Abigail Abrams is a politics writer for TIME.

When Nancy Barbato first met Frank Sinatra in Long Branch, N.J., in the summer of 1934, they were simply two teenagers from working-class Italian-American families who fell in love. But soon after their marriage in 1939, his career exploded, bringing with it a life of frequent travel, intense fame and hordes of adoring fans. Their marriage did not last, but her loyalty did. Although she gave few interviews and remained a very private person, she became a symbol of how everyday life can lurk behind fame–and the toll that the latter can take on the former.

Nancy, who died on July 13 at 101, remained a trusted friend and quiet source of stability for Frank even after the end of their marriage in 1951. Although she was wounded by his flings with glamorous stars and his hasty marriage to Ava Gardner just days after their divorce, Nancy, who never remarried, was publicly praised for weathering indignity with grace. She had taken care of Frank from the start, sewing his bow ties, making spaghetti just how he liked it and raising their three kids–Nancy, Frank Jr. and Tina–while he reveled in his Hollywood life. She continued comforting him, and cooking for him, until his death in 1998. With her steadying presence, she was thus an enduring part of the Sinatra story, no less important for staying behind the scenes. 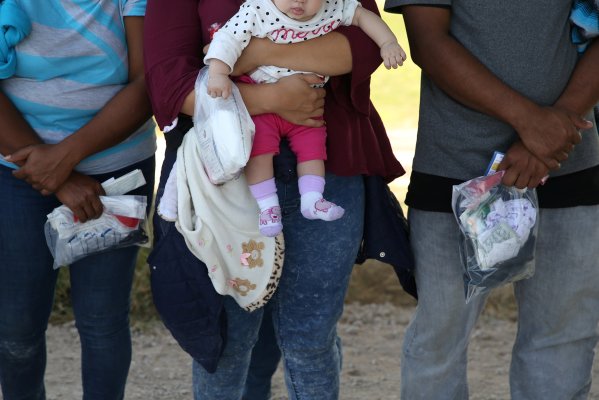 Why There’s a Deep Cultural Aversion to DNA Testing, Even When It Can Reunite Separated Immigrant Families
Next Up: Editor's Pick