Facebook CEO Mark Zuckerberg speaks during a press conference in Paris on May 23, 2018.
BERTRAND GUAY—AFP/Getty Images
By Katie Reilly

Facebook CEO Mark Zuckerberg on Wednesday clarified controversial remarks from a recent interview in which he defended the company’s decision not to remove sites spreading conspiracy theories, including Holocaust denials, from the platform.

“I personally find Holocaust denial deeply offensive, and I absolutely didn’t intend to defend the intent of people who deny that,” Zuckerberg said in an email to Recode’s Kara Swisher on Wednesday. “Our goal with fake news is not to prevent anyone from saying something untrue — but to stop fake news and misinformation spreading across our services. If something is spreading and is rated false by fact checkers, it would lose the vast majority of its distribution in News Feed. And of course if a post crossed line into advocating for violence or hate against a particular group, it would be removed.”

In an interview with Recode published earlier Wednesday, Zuckerberg said that Facebook does not remove content from far-right conspiracy theory sites because it is committed to “giving people a voice.”

“Look, as abhorrent as some of this content can be, I do think that it gets down to this principle of giving people a voice,” Zuckerberg said in the original interview with Recode, when asked why Facebook allows sites like InfoWars to stay on the platform.

“I’m Jewish, and there’s a set of people who deny that the Holocaust happened,” Zuckerberg said. “I find that deeply offensive. But at the end of the day, I don’t believe that our platform should take that down because I think there are things that different people get wrong. I don’t think that they’re intentionally getting it wrong.”

The remarks sparked backlash from the Anti-Defamation League (ADL) and others.

“Holocaust denial is a willful, deliberate and longstanding deception tactic by anti-Semites that is incontrovertibly hateful, hurtful, and threatening to Jews,” Anti-Defamation League CEO Jonathan Greenblatt said in a statement on Wednesday. “Facebook has a moral and ethical obligation not to allow its dissemination. ADL will continue to challenge Facebook on this position and call on them to regard Holocaust denial as a violation of their community guidelines.”

The controversy is the latest example of Facebook reckoning with its role in spreading disinformation. Zuckerberg said Facebook has taken the approach of flagging posts as potential hoaxes and moving them further from the top of News Feed, but not removing a particular website altogether. 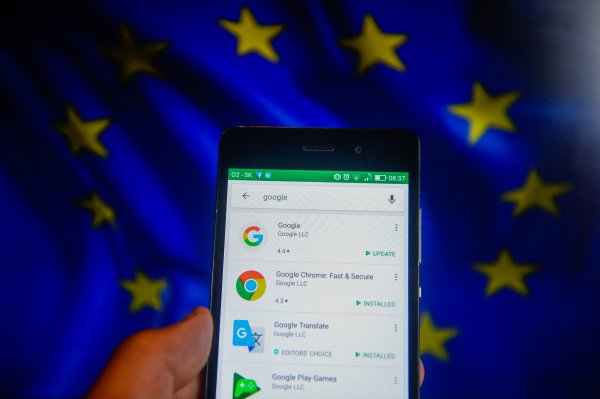 Google Fined a Record $5 Billion by the EU
Next Up: Editor's Pick