A pitcher’s Major League Baseball All-Star debut was tainted Tuesday night as years-old racist, homophobic and sexist tweets from his account surfaced and started to trend on Twitter during the game.

Immediately afterwards, Josh Hader, a 24-year-old Milwaukee Brewers pitcher, apologized and told reporters he was “young, immature and stupid” when he posted the tweets.

“There’s no excuse for what was said, and, you know, I’m deeply sorry for what I’ve said and what’s been going on,” he said. “It doesn’t reflect any of my beliefs going on now.”

The tweets, many of them from seven years ago when Hader was 17, spurred controversy and uproar from MLB fans and viewers during the All-Star game.

Hader’s Twitter account did not appear to be active Wednesday morning. According to screenshots shared by numerous Twitter users, Hader posted tweets in 2011 that included racist, sexist and homophobic slurs – including one that read “white power.”

Months after posting the tweets, Hader was selected by the Baltimore Orioles in the 2012 MLB draft. He joined the Brewers in 2015.

“I assume when you’re a kid you just tweet what’s on your mind,” Hader said Tuesday night.

Hader gave up a 3-run home run during his appearance in the All-Star game, which helped the American League defeat Hader’s National League team 8-6.

The MLB has not yet released a statement regarding the situation, but Dan Halem, the league’s chief legal officer, said baseball officials may consider commenting later this week, according to the Los Angeles Times. Hader told reporters after the MLB All-Star game he is willing to accept any punishment that comes as a result of the tweets.

As the controversy unraveled during the game, fans wearing shirts with Hader’s name reportedly turned them inside out and officials gave members of his family wearing his jersey generic ones, according to Yahoo Sports.

Hader’s racist tweets are just the latest to raise questions about whether young athletes should be held responsible for their behavior on social media in the past. With the internet, the racist, homophobic, sexist or offensive thoughts of a teenager can be resurfaced years later. Earlier this year, a number of tweets with racist language from top NFL draft pic Josh Allen emerged, according to Yahoo Sports.

Allen, who drafted to the Buffalo Bills, had a similar excuse for the tweets. The 22-year-old told ESPN he was “young and dumb” when he posted the tweets several years ago in high school. 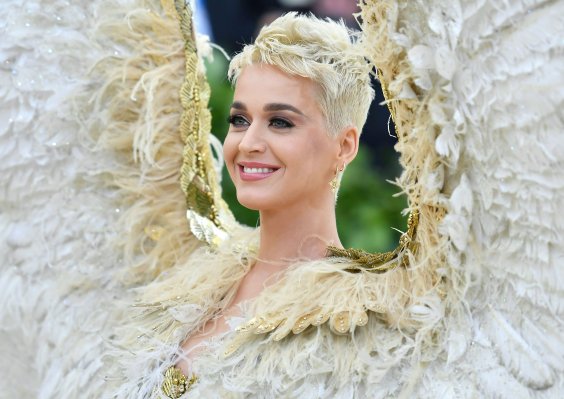 Celebrities Lose Millions of Fake Followers in Twitter Purge
Next Up: Editor's Pick