Teens Who Are Constantly On Their Phones May Be At Risk of ADHD, Study Says

New research says there may be consequences for teenagers growing up in the social media generation.

Though it could not prove causation, a new study, published Tuesday in JAMA, found an association between lots of screen use in teenagers and symptoms of attention-deficit/hyperactivity disorder (ADHD). The disorder is characterized by difficulty paying attention, paired with hyperactivity and impulsive behavior, according to the Mayo Clinic.

In 2014, a group of researchers surveyed more than 3,000 California 10th graders about their digital media use and their self-reported frequency of symptoms that could indicate ADHD, such as difficulty completing tasks and trouble staying still. They then followed up with the roughly 2,600 teenagers who met the study criteria and did not initially show significant signs of ADHD every six months for the rest of high school, tracking their media habits and looking for signs of ADHD.

In the first survey, students reported engaging in an average of 3.62 digital media activities “many times per day”; checking social media, texting and browsing images or videos were the most common high-frequency behaviors. Each additional high-frequency habit reported at the start of the study was associated with a roughly 10% higher chance of that student later developing ADHD symptoms, the researchers found. Throughout the study period, 9.5% of the 114 students who said they had seven or more high-frequency digital habits at baseline developed ADHD symptoms, compared to 4.6% of the 495 students who said they did not frequently engage in any digital behaviors.

The researchers note in the paper that the study does not prove that screen use actually causes ADHD symptoms; it merely shows that the two are likely related. It’s possible, for example, that students with signs of ADHD are more likely than others to check their phones frequently. It’s also possible that some students who later tested positive for symptoms of ADHD already had those characteristics, though potentially at an undiagnosable severity, during baseline testing. Finally, separate environmental factors — such as parental influence — could play a role in both media use and attention style.

Still, the connection between digital media and ADHD shouldn’t be ignored, according to the researchers. The constant pinging of text messages and other notifications “could disrupt normative development of sustained attention and organization skills,” while the immediate reward of always being able to find new content online “could disrupt development of impulse control and patience,” they write.

More research will be required to determine the full extent of digital media’s influence on attention and focus, and more still to decide on appropriate public health interventions, if necessary. For now, parents can consult the American Academy of Pediatrics’ screen use guidelines, which recommend no more than an hour of daily screen time for kids ages 2 to 5, and “personalized media use plans” that allow plenty of time for exercise, sleep, schoolwork and screen-free time for school-age kids and adolescents. 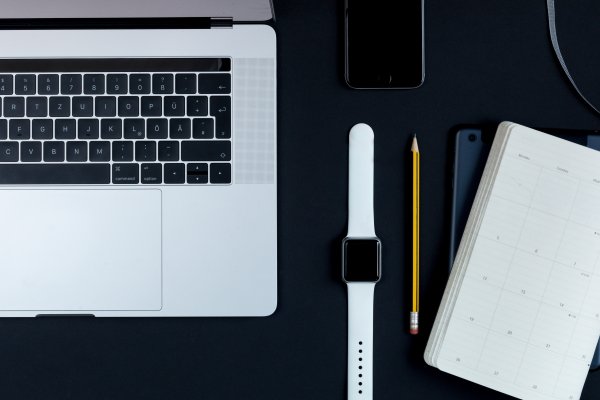 Is Working Remotely Bad for Your Health?
Next Up: Editor's Pick