Tesla CEO Elon Musk apologized for making an unfounded claim last week that one of the divers who played an instrumental role in rescuing the Thai soccer team from a flooded cave was a pedophile.

In a series of tweets Tuesday, the tech billionaire said his comment calling British caver Vern Unsworth a “pedo guy” was “spoken in anger,” Musk wrote.

“His actions against me do not justify my actions against him, and for that I apologize to Mr. Unsworth and to the companies I represent as leader. The fault is mine and mine alone.”

The apology follows Unsworth’s remarks saying that he wouldn’t rule out legal action after Musk publicly accused him of being a pedophile.

Musk’s derogatory tweet was part of a spat between him and Unsworth. In an interview with CNN on Friday, the cave explorer said that the mini-submarine Musk sent to aid the rescue mission was just “a PR stunt.” Unsworth also said Musk could “stick his submarine where it hurts,” and that it had “absolutely no chance of working.”

Musk received major backlash for his comments, and Tesla shares tumbled on Monday because of his remarks. In an open letter on Tuesday, Tesla investors called on Musk to apologize. 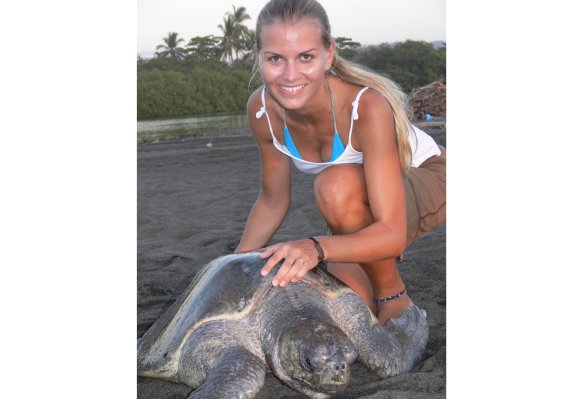 She Recorded That Heartbreaking Turtle Video. Here's What She Wants Companies Like Starbucks to Know About Plastic Straws
Next Up: Editor's Pick