A model breastfeeds while walking the runway for the 2018 Sports Illustrated Swimsuit show at PARAISO during Miami Swim Week at The W Hotel South Beach on July 15, 2018 in Miami, Florida.
Frazer Harrison—Getty Images for Sports Illustrated
By Julie Mazziotta and Jessica Fecteau / People

Model Mara Martin was “proud” to represent working moms when she walked the runway while breastfeeding her daughter on Sunday night.

The new mom — daughter Aria is 5 months old — said that nursing while modeling showed that mothers don’t need to give up on their careers when they have a baby.

“You can do it all,” Martin, 30, told PEOPLE one day after walking in the Sports Illustrated Swim Search fashion show. “You can go out. You can pursue your dream. You can totally work, you can have a kid. You can be in a bathing suit. You can be confident in your body no matter what it looks like.”

Martin says that Aria ended up on the runway with her very organically. It all began when she brought her daughter to the open casting call, because she and her fiancé just moved to the Miami area and don’t yet have a babysitter.

The runway show was part of the SI Swimsuit Issue’s yearly search for new models, their “Rookie of the Year” competition. During the process, the director of SI Swim, MJ Day, and Darcy Baum, the senior editor, approached Martin about taking Aria on the runway.

“MJ and Darcy came up to me and said, ‘Oh my gosh, wouldn’t it be so cool if you walked with Aria?’ And I said, ‘Oh, that would be the coolest thing ever!’ ” Martin says, though she adds that she was worried it would be too close to Aria’s bedtime.

“They basically said, you have the ultimate mom card, whatever you think is best,” Martin recalls. “Things never go on schedule, especially motherhood.”

But luckily, the timing worked out just right, and Martin was able to take Aria down the runway as she was “giving her dinner.”

“People started cheering for me,” Martin says. “It’s just super impactful to so many women, even around the world. I’ve gotten so much support. I’m super grateful that I represented that for them.”

But while Martin loves the strong mom role she was able to represent, she does wish doing this “wasn’t a headline.”

Martin is now one of the final 16 women competing to be SI‘s Rookie of the Year, and while she’d love to win, she’s already forever changed by this experience.

“I was confident going in but I feel so much confidence now from them,” she says.

Martin is also thrilled with the message she created for her daughter.

“She’s going to look back at this and be so proud,” Martin says. 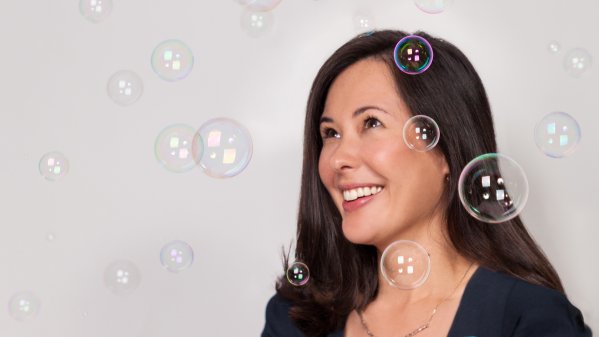 How the Founder of Billie Razors Is Disrupting the Male-Dominated Shaving Industry
Next Up: Editor's Pick