The search for missing Malaysian Airlines Flight 370 has already cost $44 million, according to a new report, and that figure could reach well into the hundreds of millions before the search is over, making it the most expensive search in aviation history.

The $44 million figure, based on a Reuters estimate, includes money spent by the United States, China, Australia and Vietnam alone, but not spending by the other 22 countries that have contributed to the search. The figure is based on estimates of hourly costs of the various assets dedicated to the search. More has been spent in one month searching for the missing plane than was spent in two years searching for Air France 447, which crashed in the Atlantic in 2009.

So far, Australia has borne the brunt of the expenses, since it is leading the search in the southern Indian Ocean off the western coast, but Prime Minister Tony Abbot indicated there may be some financial settling up in the future. “It’s only reasonable that we should bear this cost—it’s an act of international citizenship,” Abbot said last week. “At some point, there might need to be a reckoning, there might need to be some kind of tallying, but nevertheless we are happy to be as helpful as we can to all the countries that have a stake in this.” 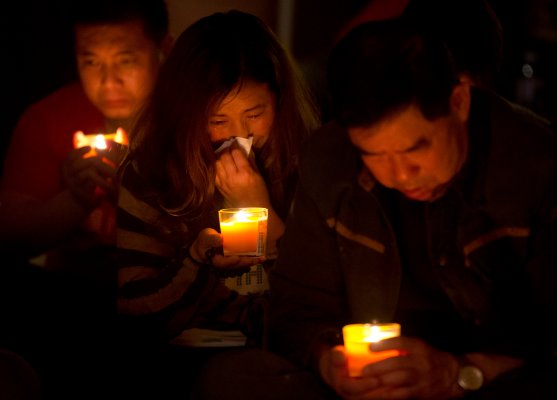 Submarine Hunt for Missing Plane on Hold
Next Up: Editor's Pick