Sorry to Bother You Director Boots Riley on Art, Activism and the Optimism of Fighting Back

Boots Riley might have made his directorial debut with this summer’s wildest (and most radical) film, Sorry to Bother You, but his work leading up to this point has always met at the intersection of art and activism. Riley, who was inspired to write and direct the movie after a gig as a telemarketer, has long been known for being the frontman of legendary political rap group The Coup and for his community organizing with movements like Occupy Oakland, experiences that deeply informed his filmmaking.

Sorry to Bother You, a political satire tackling capitalism, racial politics, and the ins and outs of love, is part fantasy, part revolutionary manifesto, and part hallucinatory fever dream. Riley himself has categorized the film as “an abusurdist dark comedy with magical realism and science fiction inspired by the world of telemarketing.” Lakeith Stanfield stars as Cassius Green, a down-on-his-luck telemarketer who discovers that using his “white voice” during calls can make him rich and save his uncle’s house from foreclosure; before long, however, he realizes that this code-switching will come at a cost that undermines his humanity.

Riley spoke to TIME about directing his first feature film, how to mix art and activism, and why there’s optimism in fighting back.

TIME: Sorry to Bother You is your first feature film after a career as a rapper and activist. Why did you want to work in film?

Boots Riley: I actually started out in film school. What I like about music is that you make a song, you’ve got your ideas in it and people make that song part of their life — they hang out with their friends to it, they get in arguments to it, they get married to it, they get divorced to it. It’s in their world and it takes on its own life. But with film, you get to kidnap people for an hour and 45 minutes, and show them the world through your eyes. I love that. Obviously, there are more differences than that, but it’s all a creative process, different things to get the same idea done.

Art has always been a way to speak to social movements and Sorry to Bother You is no exception. What do you think the role of art as activism is now?

Boots Riley: There’s a difference between what I think it is now and what it could be. I think what it is now is a lot of people like me, with opinions about the world. Much like Detroit in the movie, making grand statements that aim to shed light on how the world works, but what it could be is artists connecting with actual movements that are going on. Art can end up answering questions or asking questions. But when it’s not connected to actual movements, it doesn’t ask the right questions. It assumes what the questions are, based on social media and more traditional media, but folks that are actually involved in movements understand what the questions are that everyday people have better.

What was the process of bringing Sorry to Bother You to the screen like?

Boots Riley: It was kind of like stone soup — you had to tell everyone how great it tasted to get them to add their ingredients to it. David Cross was the first part of that; then Patton Oswalt signed on when there was no money, no producers, nothing. That gave me a strong will to get the movie made and it made people think, “Oh, this must be funny.” Then Dave Eggers co-signed it, and was going around saying that he thought it was one of the best un-produced screenplays he had ever read, so that made people think, “This must be good writing.” I joined the San Francisco Film Society’s FilmHouse as a residency, further authenticating me as a filmmaker. Then I got into the Sundance Labs, and that of course, caused a lot of buzz. I gathered mentors to help me…people like David Gordon Green, Guillermo del Toro, Joan Tewkesbury, everybody that I ran into at the Sundance Labs.

Sorry to Bother You has one of the most stacked casts of the year with Lakeith Stanfield, Tessa Thompson, Armie Hammer, and Steven Yeun. How did you build this cast?

Boots Riley: Everybody was such a master of their craft. You could feel the movie getting better with each person that said yes. One, as a first-time director, I needed to have actors that were masters of their craft because even though I was going to shape them and guide them, we’re 61 locations in 28 days and we don’t have a lot of takes to get it right. Two, I need to give them direction but they know themselves enough that they can adjust. Probably a great director could have taken a non-actor and done that movie with a non-actor, but not me.

You’re from Oakland, the film’s setting; how important was bringing the spirit of Oakland, a city known for its art and activism, to the screen?

Boots Riley: It’s hard for me to answer that question because it’s like asking me, “How important is it for me to speak English?” You make art, you make it from what you know, and that’s the best way to make art. You get lost in the details and make something that feels like it’s yours. I know Oakland. Me having Oakland in the movie was me wanting to make the best piece of art that I could make.

In the movie, Cash has to decide between code-switches to give his family a comfortable life or joining the strike for the collective good; have you ever been faced with a similar decision?

Boots Riley: Nothing that I could qualify in that way. But I’ve observed people that have had those decisions. I think a big part of this movie is that everyone is human, everyone in this film is at fault in some way. That people making certain decisions that we may not politically agree with doesn’t mean they’re lost forever. The point is to realize that most people think they’re doing the right thing. And I think that to understand that really changes the approach to how organized movements can work.

The film has often been described as “bonkers” or “crazy” — why did you choose such a fantastical vehicle to talk about serious issues like racism and capitalism?

Boots Riley: When I set out to write the movie, there was nothing in my head that was fantastical. But as I took the journey with Cassius I realized that some of the things I wanted to talk about, the bigger ideas, could start feeling heavy-handed or the dialogue could feel corny. In trying to avoid cliché, I realized that if I bent the reality of the world that was there, it actually drew attention to that parallel point in our actual reality. I think that what I tried to convey in this is that through all the craziness, there’s an optimism that comes when you realize there’s a way to fight back. 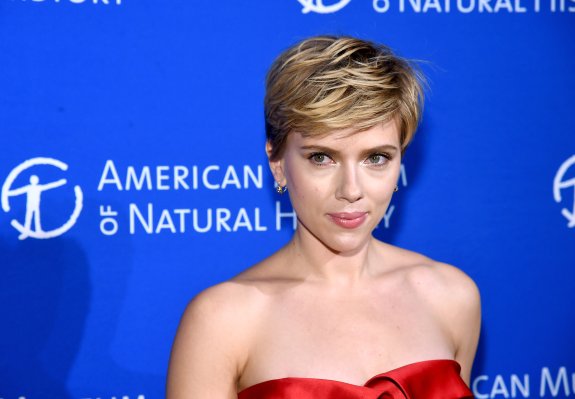 Scarlett Johansson Will No Longer Portray Transgender Man in Rub and Tub Following Backlash
Next Up: Editor's Pick