In addition to being a pop culture icon and a beloved painter on the Internet, Britney Spears is also a fragrance maven who’s been creating cult-favorite perfumes since the early-aughts. While the pop princess is hardly new to the beauty game, her latest (and 24th) fragrance, Prerogrative, will have an element that’s new to her line: it was created to be gender-neutral.

Spears first teased the fragrance on her Instagram on Monday, where the tagline in the caption noted that it was a “fragrance for all,” something that she re-iterated in an interview with People.

“The fragrance is really good, but the name is very cool because it’s empowering. It’s [about saying], ‘I’m going to what I want to do and be happy in that moment and not worry about what people think.’” she said. “It’s [about] saying, ‘This is what I’m going to do without — any judgments.’”

The fragrance has bold notes of pink pepper, espresso foam, and amberwood and its gender-neutral intent is already receiving plenty of love from Spears’ fans.

Spears also spoke in the interview about how her time in the beauty space and the spotlight has caused her to re-think the way she views herself.

“I feel the prettiest when I am alone, I have no makeup on and I have a book in my hand.” 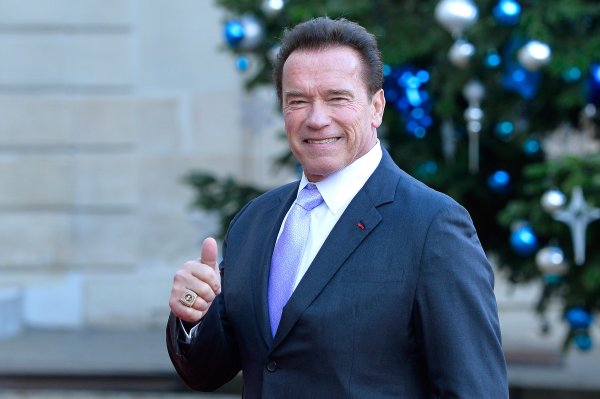 Arnold Schwarzenegger: President Trump Is a 'Little Wet Noodle'
Next Up: Editor's Pick