A large prehistoric circular structure in Wales revealed by hot weather. Surveyors think the hot weather has revealed traces of a Roman villa within.
RCAHMW
By Billy Perrigo

A record-breaking heatwave in Britain and the Republic of Ireland is making history in more ways than one: dozens of underground archaeological sites have shown up in aerial photography, their positions revealed by temporary “cropmarks” in the parched landscape.

As well as known settlements, the conditions have revealed a number of new sites previously lost to human knowledge.

In Scotland, new discoveries include a temporary Roman camp and Iron Age stone structures. In Wales, surveyors flying over a known prehistoric settlement found new evidence of a Roman villa built on the same land. And in Ireland, a historian with a drone is thought to have discovered a new henge – or stone circle – that could be 5,000 years old.

“We didn’t initially know exactly what it was,” the historian, Anthony Murphy, told Lonely Planet. “As soon as we landed, we sent some images to some archaeologists, and they were immediately very excited about what we had discovered.”

So how does the phenomenon work? It all has to do with the depth of the soil in which plants are growing. Where there has been a historical ditch or foundation, the topsoil is deeper and more full of nutrients and water, allowing crops planted above to ripen more quickly. By contrast, where there has been a wall or fortification, the topsoil is shallower, meaning crops take longer to ripen. The differences only become visible in hot weather, when plants need all the water they can get.

More recent structures have also shown up thanks to the heatwave. An elementary school in northern England shared a photo on Twitter of the hot weather revealing the location of the school’s old air raid shelter from World War II.

And at Fulham Palace in London, the foundations of a chapel demolished in the 18th century showed up.

“So much new archaeology is showing it is incredible,” said Toby Driver, the senior aerial investigator for the Royal Commission on the Ancient and Historical Monuments of Wales, who has been racing against time to photograph as many sites from the air as possible before the inevitable rain comes. He is mapping and logging his discoveries, so that records of the ghostly sites will remain long after their temporary apparitions vanish back into the soil. 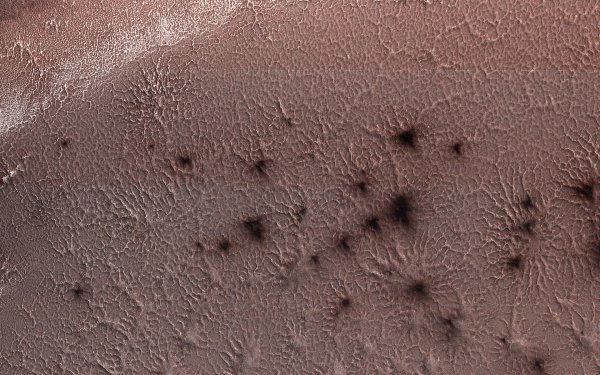