Plutonium Was Stolen From an SUV in a Texas Marriott Parking Lot Last Year. No One Knows Where It Is

Thieves stole an unknown amount of plutonium and radioactive monitoring equipment from the backseat of an SUV parked overnight at a Marriott hotel in San Antonio, Texas, last year. No one knows where it is and the government is not talking.

In March 2017, two lab security experts from the Department of Energy’s Idaho National Laboratory were tasked with transporting plutonium from a non-profit research lab in San Antonio, Texas, according to a report from the Center for Public Integrity.

Before returning to Idaho the pair stopped at a Marriott Hotel off of Interstate 410 and left the radioactive material in the backseat of a rented Ford Expedition in a “high-crime neighborhood filled with temp agencies and ranch homes,” the Center for Public Integrity report said.

When they returned the next morning the rear car windows had been smashed and unknown amounts cesium and plutonium, materials that could potentially be used to fuel the creation of nuclear weapons, were gone.

More than a year later, the plutonium and cesium have not been recovered and police have no idea where the materials went. A San Antonio police spokesperson says the amount of plutonium stolen was a “very small amount that wouldn’t pose any threat to any one person, it was plutonium used to calibrate an instrument.”

According to the U.S Department of Energy, the amount of weapons-grade plutonium needed to build a bomb is only 7 pounds.

Radioactive samples go missing more often than some might think. A 2009 Department of Energy report found that at least 1 pound of plutonium and 45 pounds of highly-enriched uranium had gone missing while it was on loan from U.S. military stockpiles.

In the last 20 years, there have been 270 instances of people trafficking or “maliciously” using nuclear material, according to a report from the International Atomic Energy Agency. 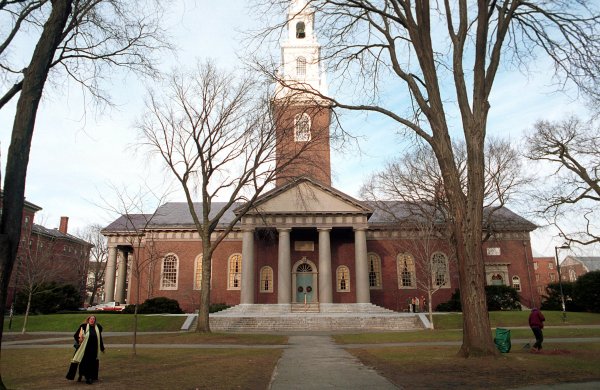 Harvard Employee Ignites Criticism After Asking Young Mother If She Lives in the 'Affordable Units'
Next Up: Editor's Pick