In a breach of protocol, President Donald Trump opened up about his private conversation with Queen Elizabeth II during an interview aired on British television Monday.

Speaking with Good Morning Britain host Piers Morgan aboard Air Force One on Friday, Trump said the Queen referred to Brexit as “a very complex problem.”

Heads of state do not normally reveal their conversations with the Queen, whom President Trump met earlier Friday at Windsor Castle during his first official visit to the U.K.

The British monarch generally remains apolitical, and the palace has remained silent on the issue of the U.K.’s departure from the European Union since voters chose to leave the bloc in a 2016 referendum.

Trump also said he doesn’t know if the queen liked him, but that he liked her. 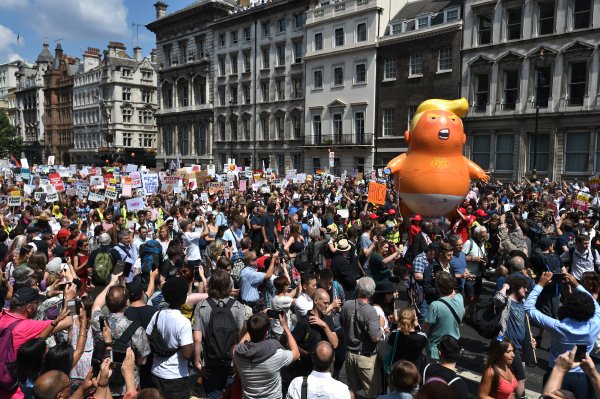