Speaker of the House Paul Ryan talks following a closed-door conference with fellow Republicans at the Capitol in Washington on Wednesday, June 20, 2018.
J. Scott Applewhite—AP Photo
By Alana Abramson

House Republicans may be facing a heated battle to retain control of their chamber, but they are getting the money they’ll need to put up a fight.

The Congressional Leadership Fund (CLF), a Republican Super PAC aligned with retiring House Speaker Paul Ryan, said Thursday that it raised a record-breaking $51 million in the second quarter of 2018, and has $71 million cash on hand.

This is more money than the group raised in the entire 2016 election cycle. $30 million of this haul came from mega-donor Sheldon Adelson, as Politico reported in May.

“Our donors are united in making sure Nancy Pelosi does not become Speaker of the House,” Bliss said in a statement. “CLF’s early and aggressive fundraising has already proven to change the political landscape this midterm election cycle.”

The PAC is reserving at least $60 million in advertising for the fall elections, including $10 million in digital advertisements. And the group’s total cash on hand dwarfs that of its counterpart on the other side of the aisle, the House Majority PAC. Devoted to electing Democrats to the House of Representatives, it had $16.7 million cash on hand at the end of May, according to filings with the Federal Election Commission.

The groups’ financial status also further reflects the disparate spending strategy of both parties. Democrats seem to be donating directly to candidates, who have frequently out-raised their Republican counterparts (in the final quarter of 2017, over 40 Democratic challengers raised more money the House incumbents they’re running against, according to FEC figures touted by the Democratic Congressional Campaign Committee). Republicans, meanwhile, are investing in party infrastructure like the Republican National Committee and outside spending groups.

We’ve seen this pattern before. In the March special election for Pennsylvania’s 18th Congressional district — where President Trump prevailed in 2016 — Democratic candidate Conor Lamb out-raised his Republican opponent Rick Saccone 3-to-1, while outside groups backing Saccone, including CLF, outspent their counterparts 6-to-1. But Lamb ultimately won. And in the aftermath of the 2016 election, both campaign finance experts and GOP operatives were warning that outside money is only effective if candidates themselves also raise cash. These sentiments ring especially true this year, given Republicans’ slim margin for error — Democrats only need 24 seats to regain control of the House, while the nonpartisan Cook Political Report currently views 34 districts as toss-ups, 31 of which are held by a Republican.

“Outside groups can spend any money they want, but the question is, at the end of the day, are voters still open to their messages or whether they’ve already made up their minds,” Sheila Krumholz, executive director of the Center for Responsive Politics, which tracks money in politics, told TIME in March. “The outside groups are not going to be ones the pulling the lever to cast a vote.” 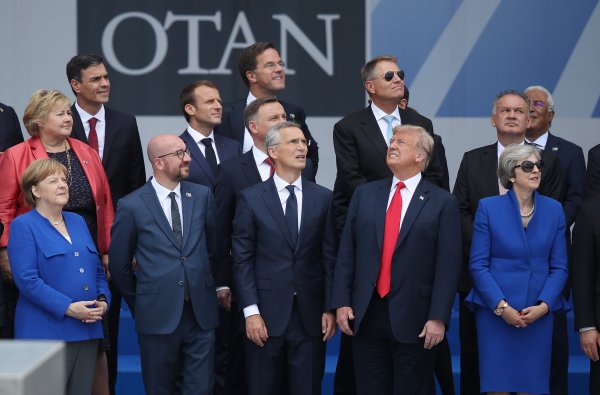